Reports of “strange lights” & “UFOs” flood in as 2012 hysteria arrives 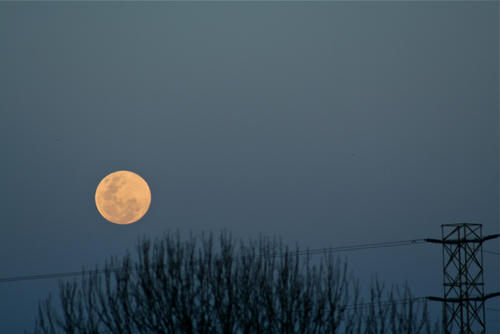 On a daily basis WeatherWatch.co.nz receives around a handful of eyewitness reports of meteors and other lights in the sky, from nations all over the world.  Some busy days we might get 10 eyewitness reports.  However in the past 24 hours we’ve had almost 80 reports and they are still flooding in at about 10 an hour.

From New Zealand’s Otago Peninsula, to Cape Town, Venezuela to the UK, Australia to North America those ringing in the New Year have seen flashing lights, “floating orbs” and “UFOS”.

WeatherWatch.co.nz weather analyst Philip Duncan puts the dramatic increase in sightings down to a few things.  “Many people around the world have been outside celebrating the New Year.  In the US, where most of the sightings came from, conditions were fairly mild and dry in many areas – so more people were outside to see things.  Finally, it’s 2012, the year the world is supposed to end according to the Mayans and it seems many are already worrying “.

The comments range from normal meteor sightings, to the strange and unusual.

“We were shocked to find that not only have these orbs been seen over the last couple of years, but that they have also been seen all over the world within the last few nights!” wrote Laura B from California.

Another reader, this time from Spain, wrote “My father and I saw them in Spain at 00:45 am, but there were 5 or 6 of them all in a vertical line quite close to the earth….I have no answer to all these questions that we are all asking ourselfs and when I think I have an answer it just leads to more questions, so all I have to say is, WE ARE NOT ALONE!”

Nikki B from Arizona wrote “how can we see it here in Arizona and people in Africa and Australia are seeing the same thing?  2012 vibration is freakin me out already!  …I know the news will have some “reasonable and logical explanation” but i’m not buying it!”.

Susana, who writes from an unknown location, said “yesterday around 1230 or 1245 there were some red brownish lights first i saw one of them and kind of got my attention and of the sudden there were a BUNCH of them i couldnt count them but i can say there were around 30 lights UFO’S OR CANDLE LIGHTS who knows all i know i saw those lights and were beautiful. Are we ready for the 2012? are we enough educated not to panic?”

WeatherWatch.co.nz believes most people witnessed meteors, or shooting stars, chinese lanterns (Which appear as slow moving orange lights) and other normal aircraft such as helicopters and planes.

View all the eyewitness reports here

No viewing aids necessary. At least 7, very slightly elliptical, individual, bright reddish orange, U.F.O. lights rather low down to the ground. If it was an aeroplane I would have guessed they would be between 1 and 2 thousand feet up, in the Timaru south night sky. I was at the Railway Station when I viewing in a southerly direction, at approximately 2020 pm Saturday evening, May the 19th 2012. Traveling north along the south beach toward town. Without any reference point to measure the size or distance or speed of travel, all approaching in a single file, quite quickly, silently, i.e. same flight path. All stopping in mid-air, at the same point, I’m guessing at the beginning of the south end of town. At this point their single lights quickly faded completely out in 2 to 3 seconds. Between the first and last light would have been possibly 8 to 9 minutes in duration. With 2 cell phones at my disposal I rang my wife at the north end of town who was unable to witness this due to the low position of their flight path. And with the other cell phone I rang the Police Watchhouse and asked the duty officer to look due east of the police station for these lights low in the sky over the south beach. The Policeman took little time before confirming my sighting. At one period of time there were two lights in view at the same time, one following the other. I’m not sure whether it was the last reddish orange light or the second last but one of them delivered a large, very bright, bluish white pod as opposed to a beam of light down, in a slight curve direction to the ground or ocean. This took no more than one second on the clock.

Hey farmers, They are just kites with LED lights on it. Can be switched off and blinks, with green, red, blue and white colors… Wind in the air can rotate the kite in the air and kites can be still in the air….

Got home tonight from a day in Hanmer and was unpacking the car when I noticed 3 orange lights traveling in a line from a nor-easterly direction. At first I thought they were just lanes as I live close to the airport. But they seemed to be traveling faster than a plane would be and there were no blinking lights to indicate port and starboard wingtips.

As I continued to watch them, more appeared behind them, traveling in the same direction. I called my family outside and they all saw them too. They made no discernible noise as they travelled straight over our house heading toward the south-west. In all there must have been 10-12 of these lights. They took approx 5-8 mins to travel from one horizon to the other and out of sight again!!

Would love to know what they actually were!!

saw 1x red light in sky 10.50pm. wasn’t moving for about 5 minutes then it just disappeared

Did anybody else see the bright and very fast green light shoot through the sky heading SW at 6.15pm over Cromwell? Looked like a shooting star, only started then stopped and was extremely fast and green, possibly from the setting sun. Very weird.

just saw a bright red light in sky south east christchurch we looked at it four about 20 mins it was moving very slow then just flashed and disaperd . did any one see it ?

I live in surprise az and the last two night I have seen strange lights in the sky. Myself an dmy two daughter had to run to the store and we saw them in the sky. Tonight I left my house and I saw them again, I live futher out saw we dont have street light on our roads. You can see very clearly and I havent seen anything like this since i was a teenager and i witnessed the lights above phoenix