RainWatch – Solid falls for some 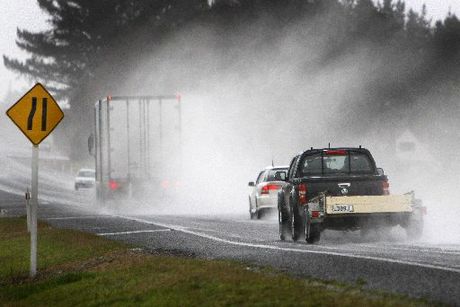 More rain fell than expected over the last twelve to eighteen hours which is positive news considering half the country is in drought.

Bursts of hesvy rain and wind were experienced over central New Zealand with some modreate totals recorded as was reported earlier.

Today sees the North Island again at the receiving end and mostly it’s over the lower half but still other parts of New Zealand won’t entirely be missing out either.

A southerly change is moving north across eastern areas of the North Island and today that’ll be the main focus and a much needed one for the regions.

One farmer mentioned a few moments ago that Turakina Valley near Wanganui has had 112mm so far with still heavy showers moving through.

Weatherwatch believes this drought won’t necessarily be broken by one event although parts of the nation have had a reasonable to good start.”I think we’ll see the situation gradually ease overall and wth highs slowly weakening and other disturbances entering the picture that’s a good thing” says Head Weather Analyst Philip Duncan.”We’ll probably see brief rain or showers come and go over the next few weeks but still the highs want to hang about however not to the same extent we’re picking”.

The latest data has shown that part of the Easter break could now be wet over southern and central regions.”We’re not getting too carried away yet with this” says Weather Analyst Richard Green.”The models have flip flopped a little in regards to Easter but it does suggest the weather pattern is a little changeable and not being hogged by high pressures all the time.”

An anticyclone is set to move slowly onto the scene today and tomorrow with conditions easing eventually for much of the country.