Home > News > RainWatch: patchy rain or showers for no... 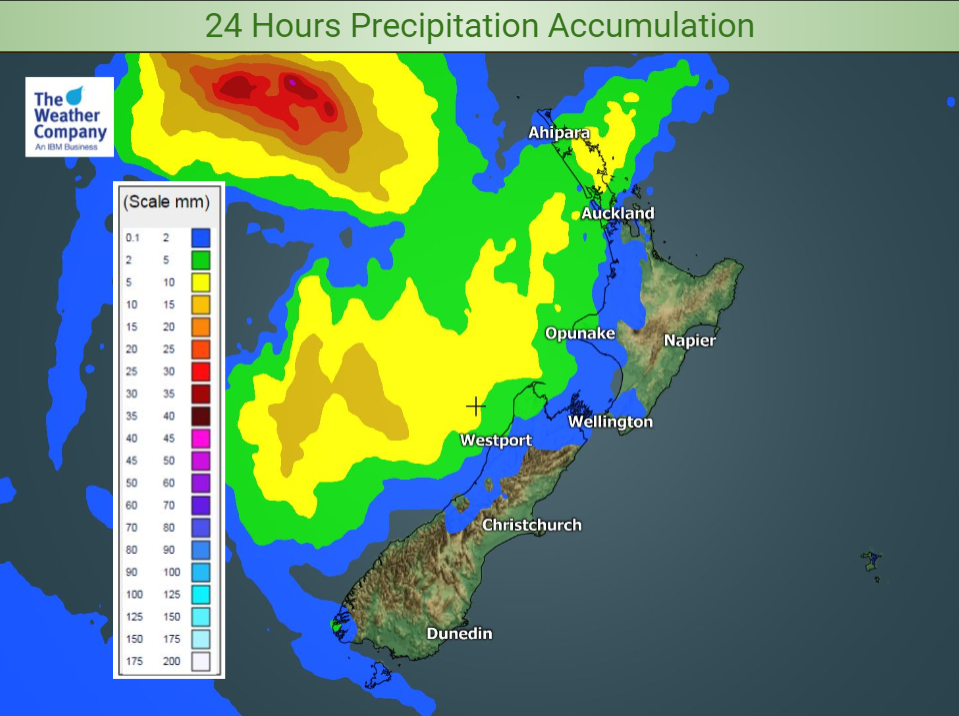 High pressure is still clinging on to most of Aotearoa today, bringing sunny, dry and settled weather to many regions.

The spanner in the works remains that rather stagnant blob of low pressure west of the North Island, which extends a weak trough across Northland and just about as far south as Auckland.

As a consequence, cloud will persist across those areas, accompanied by a few showers and a pesky easterly breeze.

By Friday morning, it is possible cloud and some light showers will have also spread down the west coasts of both islands.

Rainfall amounts are not expected to be significant during the next 24 hours.

Perhaps 5mm to 10mm will fall in parts of eastern Northland. Around Auckland and the rest of Northland there may be 2mm to 5mm, and about the same amount is possible in Taranaki and in the far northwest of the Tasman district, about Golden Bay.

Elsewhere, totals will be more likely less than 2mm, with a few light showers maybe affecting Wellington, the southern part of Fiordland and Stewart Island.

However, looking out to 7am Monday, five-day rainfall totals are encouraging for the driest parts of the North Island, with 50mm or more indicated for some places north of a line from Taranaki to Hawke’s Bay.

Let’s hope the rain comes and stays for a while to help make a dent!!

yay pink over auckland. and i see west coast sth island doesnt have much coming. the rain is all coming to upper north island.