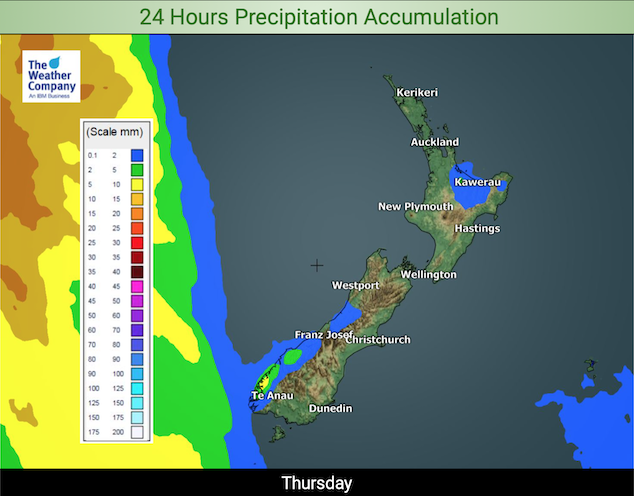 Mainly dry today across the country, just one or two showers about the place. For the North Island this will likely be for Bay Of Plenty. In the South Island, expect a shower or two for South Westland. A few showers spread northwards overnight.

Showers for the West Coast on Friday, turning to rain about Fiordland in the afternoon and becoming heavy, these heavy falls spread a little further northwards overnight. Dry for eastern regions of both Islands. The North Island is mainly dry however there may be a shower or two for Taranaki and Kapiti in a northwesterly airflow.

Expect the odd shower about eastern Bay Of Plenty / western East Cape in a northwest airflow. Low risk of an isolated shower in the afternoon about Auckland, Waikato and the rest of Bay Of Plenty.