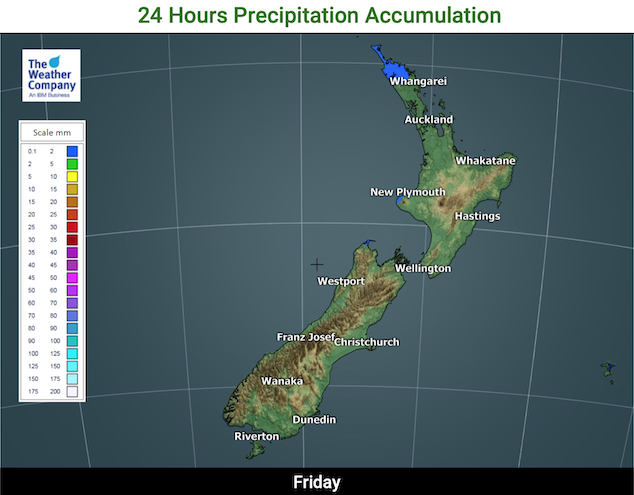 Expect mainly dry weather for the South Island today, late afternoon / evening there may be a few isolated showers about the Main Divide between Canterbury and the West Coast. Any morning showers for the upper North Island clear away, especially about Northland. Taranaki also (mainly in the north) may see morning showers then clearing.

Rain moves into the western South Island on Saturday in a northerly airflow, heavy falls Greymouth southwards from evening. The North Island has a mainly dry day but expect a shower or two from Coromandel north up through to eastern Northland in an easterly airflow. Auckland stays mainly dry, perhaps the risk of a brief shower in the afternoon.

Dry for eastern New Zealand on Sunday, rain for the West Coast with heavy falls. The western North Island sees a shower or two in a northerly airflow, picking up a touch about Kapiti in the evening.