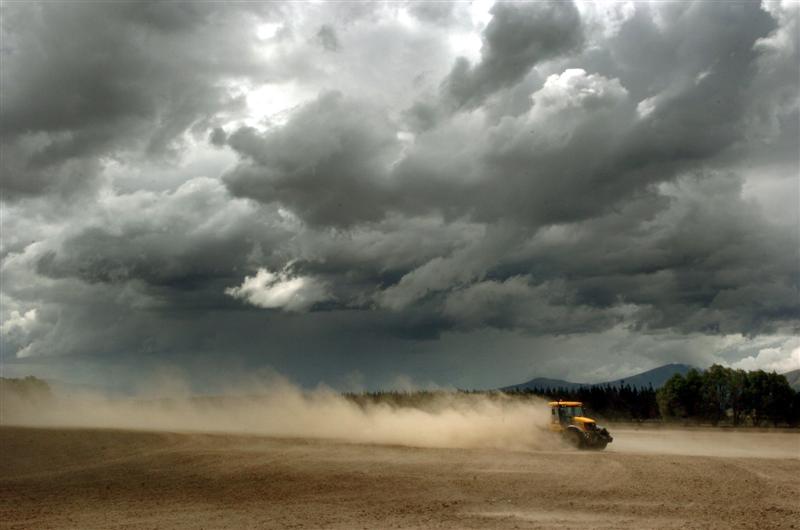 Latest models this morning have backed off a little for showers or rain this weekend however we here at WeatherWatch still see a reasonable chance of a part of Sunday and also Monday seeing showers or a band of rain over central and southern areas particularly.

Former tropical cyclone Sandra and a frontal system in the Tasman Sea appear to merge and although that sounds eventful it seems that light to moderate falls of rain is the best result at this point.

Western areas of the South Island should see some rain appear on Sunday and later in the day or the evening it spills across to Nelson, Marlborough and Canterbury. The far south also also see a sprinkle.

North Island areas don’t appear quite so fortunate but still a band of showers is expected over that 48 hour time frame and overnight Sunday/ early Monday could be the most likely chance.

Throughout much of next week it’s looking more likely that an anticyclone will settle itself over us once more as they continue to keep the wetter forces at bay.

The following weekend may see a depression moving across the country with more significant rain but as we’ve seen lately the highs have tended to block out these rainmakers so its more of a game of wait and see.

Today it’s basically as dry as a bone across the country and temperatures climbing once more. cloud has been scattered across some eastern and southern areas of both island but in central and western parts the skies have been predominantly blue.

Homepage image of rainclouds threatening down south but delivering little.