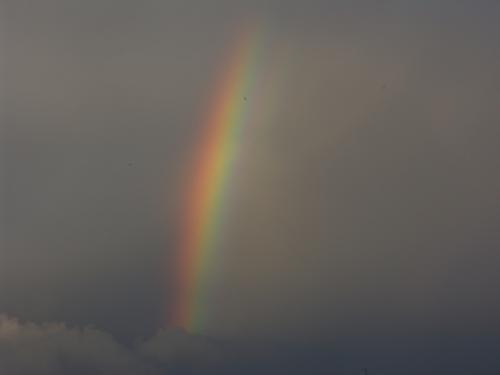 A slow moving band of heavy rain continues to track south as we head into Thursday afternoon.

The front is moving down central, eastern and southern parts of the North Island and into coastal parts of Canterbury.  Rain is predicted to become heavier north of about Christchurch later today.

The centre of the low is clearly visible on the satellite map swirling to the west of Nelson/Taranaki in the eastern Tasman Sea.

During the rest of Thursday and Friday the low’s centre will gradually move across the North Island.  The 11:10am rain radar shows showers returning to Northland and Auckland this afternoon from the north west as the low continues its eastward movement.

The low should affect New Zealand’s weather until at least Saturday when south west flow should spread over the country.