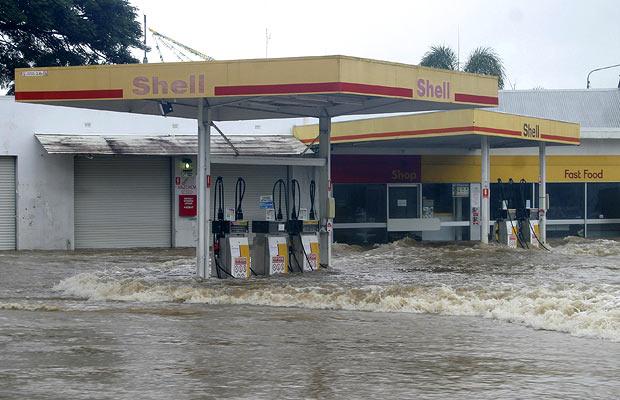 Several thousand residents forced to abandon their homes in St George are anxiously waiting to see if the town’s levees will hold up against a record flood.

Residents were given a reprieve this morning when authorities revised down an unprecedented 15-metre flood peak to a new record of 14.5 metres…

Emergency crews have been scrambling to build a four-kilometre dirt levee around the town and Mayor Donna Stewart says she is confident it will hold against the Balonne River’s rising waters.

“The picture is not as grim as what it was looking this time yesterday,” she said.

“I’m very confident that the levee bank that we’ve constructed at 14.7 metres will keep the water out of the major part of the town.”

But around 30 homes outside the levee have already been inundated and authorities say that number will rise.