Quake info on BOP and Canty 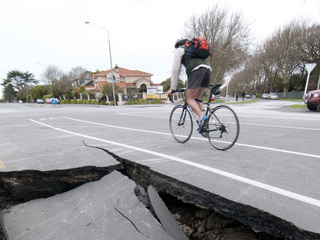 Geonet have evaluated the earthquakes that rumbled through the Bay of Plenty last week and the following is the report that was published.

There was a classic swarm sequence with the first discrete event occurring around 5pm on Wednesday evening. By 8pm the quakes were semi-continuous with the largest event of magnitude 3.5 occurring at 8:30pm, before the activity tailed off.

The earthquake epicentres are clustered near Lake Rotoma to the north-west of Rotorua. Swarms of small shallow earthquakes are reasonably common in the Taupo Volcanic Zone (between Ruapehu and White Island). Swarms differ from typical tectonic earthquakes as there is no clear mainshock/aftershock sequence.

The largest event can sometimes occur in the beginning of the sequence, near the middle (like this one), or at the end. Often many of the larger events in the sequence will also be about the same magnitude. On Wednesday nights sequence, 11 of the events were between magnitude 2.4 and 2.8.

Geonet have a faster process called public beta and will be coming very soon and it will contain the latest earthquake information.

There have been delays in getting the new web servers installed in Christchurch. This is now resolved and they should have access to them very soon.It will be a matter of how to configure and test them. If there are no further delays, public beta should be up and running next month.