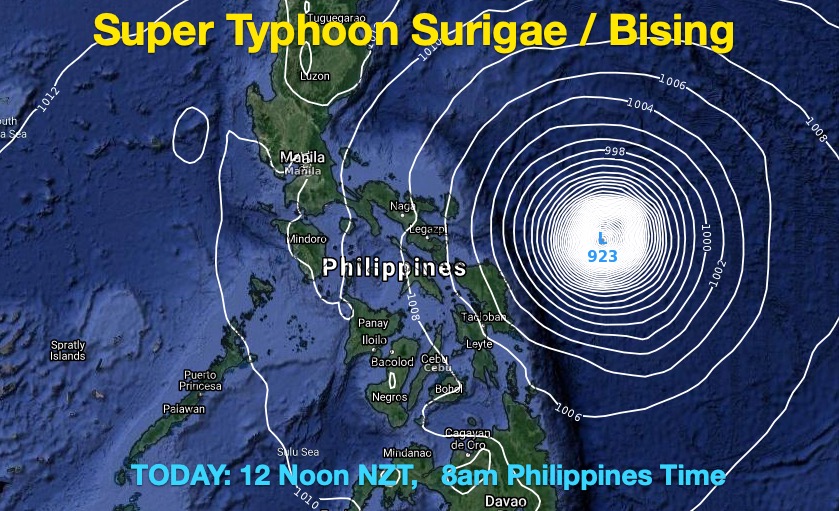 A powerful super typhoon is very near the Philippines but should turn northwards, sparing the nation a direct hit from the highly destructive tropical storm.

At the time of this update (12:30pm NZ time, or 8:30am Philippines time) the Typhoon (named “Surigae” globally, but locally as “Bising”) had winds sustained at 305 kmh and gusts to 370 kmh, according to the Joint Typhoon Warning Center (JTWC).

Maximum wave heights are estimated to now be 58 feet, or 18 metres.

The Typhoon should be peaking in intensity now as it lies just off the eastern side of northern Philippines and should start to slowly weaken later today – but will remain a storm for several days ahead at sea.

Tracking suggests it will move northwards, sparing the nation from a direct hit – however damage from the huge seas/waves, gales brushing coastal areas and heavy rain causing mudslides and flash flooding are all possible, especially in the east and very north.