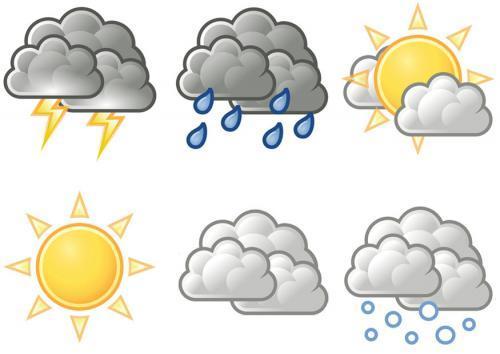 In recent years New Zealandâ€™s news media industry has gone through some monumental changes. Many reporters have been made redundant, or absorbed other workloads, and many news outlets have cut resources to newsrooms over the past decade.

The result now is a very tabloid based news industry that goes for big headlines often over substance.

This year WeatherWatch.co.nz has seen a steady decline in the quality of weather news journalism from the mainstream players.

Here are a few examples:

90km/h winds in Wellington described as ‘fierce’ and ‘slamming’ the city.

Half a news story about drizzle falling in Auckland

Not to mention the overuse, or misuse, of these terms: Slammed, Hit, Blasted, Pummelled, Batten down the hatches, Storm, Weather Bomb, Severe Gales, Vicious – to name a few.

This isnâ€™t just WeatherWatch.co.nz getting frustrated – itâ€™s about serious public safety concerns with everyday Kiwis getting â€˜tiredâ€™ of being warned about â€˜storms’ that rarely seem to eventuate.

Then the forecasters, like WeatherWatch.co.nz and MetService get blamed.

Often we see news outlets take MetService warnings running headlines like â€œSevere Gales coming for Christchurch, winds up to 150km/hâ€. Wow, thatâ€™s significant right? So why is it the next day thereâ€™s no follow up story about all the wind damage in Christchurch? Because the warning was really for inland Canterbury, the foot hills, the rural areas. This is both up to the forecaster to explain and the journalist to ask the right questions and understand how warnings and watches work. Instead journalist sees â€œwarning”, so makes a big headline, runs story from press release, then quotes random isolated weather stations – like the ones on the top of mountains – to back up the story. The result is an ongoing distrust of weather forecasts.

In the past we havenâ€™t been perfect either – in our earlier days several years ago we ran a couple stories that had big headlinesâ€¦but you, our readers, quickly smacked that out of us demanding higher standards which weâ€™ve been trying to meet since 2009.

The reason this is an important issue to us is simple – itâ€™s the boy who cried wolf. MetService weather warnings should be taken seriously – but a mix of too generalised warnings by them and reporters who donâ€™t understand what they are writing about then hyping it up for ratings is making for weekly news coverage about â€œmajor stormsâ€ that are rarely backed up with actual damage reports following the event.

Not all reporters are fall into the above – and thankfully WeatherWatch.co.nz has reliable, intelligent, reporters and management contacts at most news outlets in New Zealand and a few in Australia, the US and Canada too.

So are we right in our assessment? Or are we being too harsh? Let us know by voting – and posting a comment below.

90 km/h winds fierce and slamming the place … ah nuh 90 is not fierce. I’d class that as fairly strong gusty stuff, that’s all. For fierce wind, try winter of 2013, by hell did the southerlies blow in that one. Then moaning Auckland gets 42mm in an afternoon and a rain bomb makes headlines, and the scientists study it. WTF, that is bugger all rain to what some areas of NZ get. Can easily get 42mm in under 30 minutes where I live. Don’t even mention the West Coast down South. Or Auckland has murky weather one morning, and they all go mad through lack of sunlight. Try days of dark and dense NW uplift here with car, street and house lights on by day, because it is actually dark. What makes me the most irrate is MetService always on about what it is like in Auckland today. Freak that is irritating and they deserrve a brickbat for that. What about the rest of New Zealand??? Other parts of the country get extremes far worse than the Jafas do and we need a forecaster who can take that into account. Auckland gets rain, so bloody what. Others parts of NZ can actually get potentially very dangerous weather, not just something that’ll stop people from hanging out their washing.

Stop moaning!!! All we hear in Auckland is jafa this-jafa that coming from you hard southerners. If we have unusual/ dangerous weather events we want to hear about them. Dont read/listen to them if your not interested. Do you think you are the only people affected by weather down there?

Last  time i looked the whole country got a weather report each evening, maybe you should watch all of it. Also Auckland is reported more because thats where most of New Zealand live…funny that.

For a hard southener you sure complain alot. Maybe its that crazy weather….maybe you should move up to Auckland where the weather is nicer.