Plenty of rain coming for west & north of NZ

Both western and northern New Zealand is in for a fair bit of rain over the next few days, especially the North Island.

Over the next couple of days an area of instability from Australia moves into the Tasman Sea, deepens, joins a bigger low further south, then spreads over New Zealand as widespread rain.

Some of this rain on Thursday will be heavy for the North Island – and set in.

The heavy rain will, however, make up for the very dry week last week thanks to the south east flow. The several days of dry weather has actually put some northern regions just a tad drier than usual for late August – so this rain will actually be welcome, but may make things wetter than normal again.

The change to more westerly weather favours wetter weather in our northern and western regions – and data indicates the West Coast is especially exposed to heavy rain over the next 10 days.

How much rain is coming?  Here’s the 7 day Rainfall Accumulation Forecast map by GFS showing 60 to 90mm for some areas. 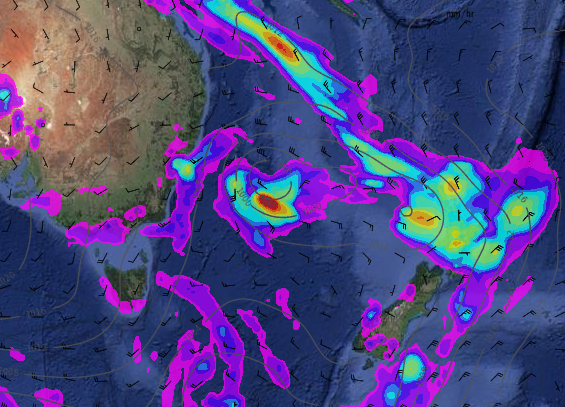 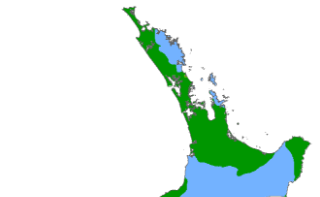 Soil moisture map for today shows areas slightly drier than average in green – most of these areas are in for rain in the coming two days / Data paid for by taxpayers, image created by NIWA.

*Please note NIWA has started to send us legal threats from their Senior Counsel (paid for by taxpayers) for displaying portions of these public maps in news stories, even though we’ve been told directly by the Prime Minister this data should be “freely available” for us to use. We are waiting on Minister Steven Joyce to make a decision on this, but it’s been two months and counting so we will continue to display as we believe NIWA and the Minister have no authority to dictate the news or limit transparency on public data.