Home > News > Pleasant Saturday ahead for most...

Pleasant Saturday ahead for most 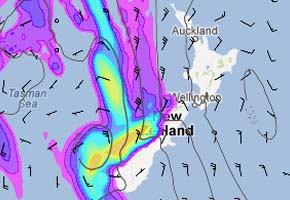 The start to the weekend will generally bring settled sunny weather for most. There will likely be some cloud increasing in general however north of Auckland with northeasterlies picking up during the afternoon. There may be some morning cloud about Gisborne also however it will gradually clear. Fog overnight is also possible anywhere south of Auckland tonight, most likely fog patches will develop about the Waikato and Central North Island.

Northwesterly winds will be pick up later in the day about Wellington and there may be some cloud there also from evening and on the Kapiti Coast.

Cloudy skies for the South Island’s West Coast although there may be sunny breaks to start about Buller and Tasman, rain will spread north during the day with breezy northeasterlies and rain is likely to be heavy in Fiordland at night. The east of the South Island will return to mild conditions with a more northerly airflow developing, there will be some high cloud however south of Canterbury.

On Sunday northeasterly winds will be quite gusty north of about Waikato with a mix of cloudy areas and some sun, lighter winds with mild conditions can be expected on the east coast. Rain on the West Coast of the South Island and mild out east again with some high cloud. 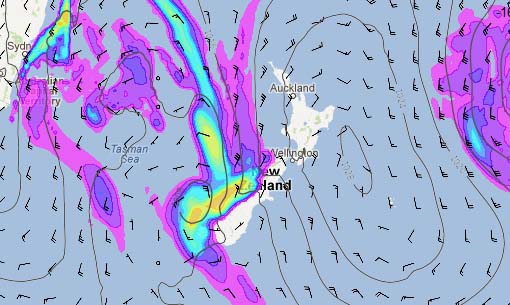