PICTURE SPECIAL: Check out these incredible shots of the Aurora Australis! (Photos, Video) 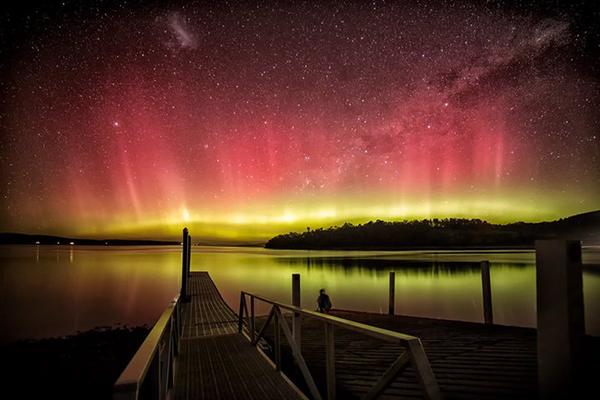 The aurora australis has put on a colourful show over parts of southern Victoria and Tasmania overnight.

Hundreds of photographers took advantage of clear skies to capture the display and uploaded their photos onto Facebook groups where aurora hunters share their knowledge with others.

The Australian Bureau of Meteorology said the phenomenon is caused when electrically charged electrons and protons accelerate down the Earth’s magnetic field lines and collide with neutral atoms in the upper atmosphere – usually about 100 kilometres above the Earth.

Take a look at some of the images from social media.

The Aurora Australis lights up the skies of Victoria, Tasmania pic by @lovethywalrus http://t.co/geBnOxmuT8 pic.twitter.com/eq5G143ct5

Timelapse of the #aurora https://t.co/BerjbsE2Gf #Christchurch

10 Incredible shots of last night’s Aurora Australis that will take your breath away! http://t.co/ZDkwhvpPtZ pic.twitter.com/DUqeh8i2rM