Photo Special: Check out this panorama of the disaster ravaged Philippines 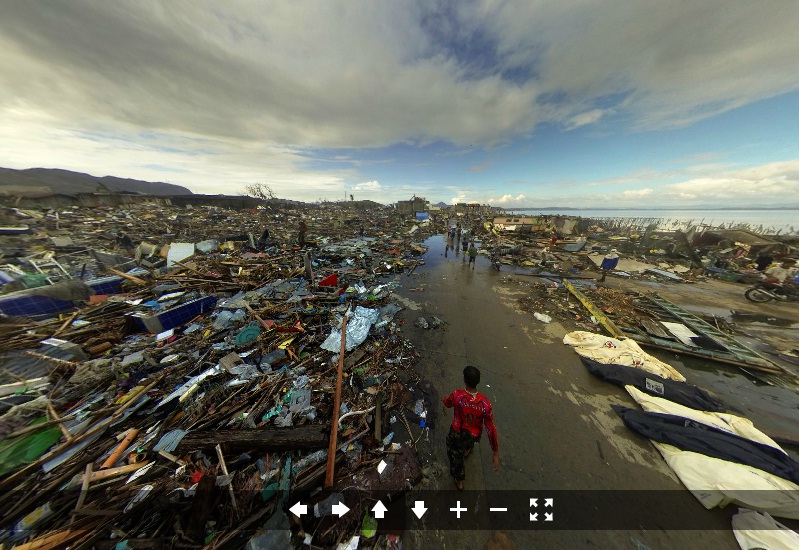 A dozen body bags line the street in Tacloban — one of the towns hardest hit by Super Typhoon Haiyan — as locals walk through the destruction of what used to be their homes.

They stroll the streets or hold conversations while all around them homes are reduced to rubble.

Just a handful of homes away a little further from the water survived the onslaught.

This 360 degree image was taken Sunday by Lewis Whylde, who is based in London, England.
Click around the image or use the direction buttons and zoom in and out to see the destruction in this one place.

Across Tacloban, body collectors go from one street to the next picking up the corpses and taking them to mass graves.

Hundreds of people died in Tacloban. Nationwide, the death toll from the typhoon stands at 4,011, authorities say, with another 1,602 missing.