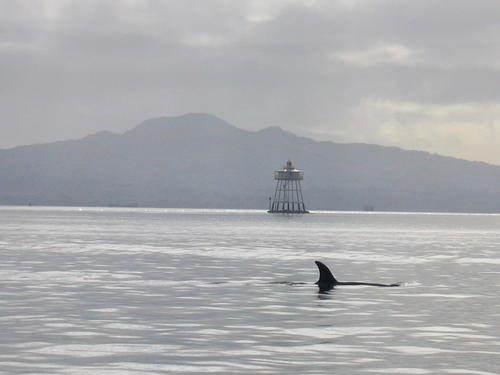 On Thursday I attended a conference being held by Auckland Civil Defence, at the Aotea Centre in downtown Auckland.  The word “conference” immediately conjures up a long day in a stuffy room – but this was anything but that.

Squeezed into just 3 hours were over a dozen speakers who spoke in sometimes alarming detail about the natural threats (and man-made risks) for Auckland City.

In short – Aucklanders can take huge comfort in the city’s ability to cope with a major disaster, judging by the evidence shown by each speaker representing their own services.

We’re not talking about physically how well the city would cope – there’s certainly been a fair bit of press coverage about the number of buildings in Auckland that wouldn’t survive a moderate to strong earthquake.  However this conference was more about how the city would continue to operate after a disaster from a supply or services point of view.

How do we keep water flowing, the power running, the roads open, the emergency messages being broadcast, and fuel coming in for air passengers, motorists and freight.

The speakers were mostly from various private and government organisations – from Watercare to Transpower, Vector to Wiri Oil Services, Auckland International Airport to Telecom, Vodafone, Kordia and Chorus.

Basically each speaker talked for about 15 – 20 minutes about the strengths and weaknesses in their particular field – and the back up plans in case of an emergency.

For example, if a major disaster hit Auckland – what would happen if the city lost power AND we had issues broadcasting emergency messages.

However Allan Mordecai from Kordia spoke of the various back ups.  From the TV tower on the Waitakere Ranges, to the two large red and white AM towers in Henderson – or the TV and radio transmitters on top of Sky Tower.  All have their own power generators, all transmit in different ways and basically if we lost internet and power one or all three of these buildings/towers could transmit messages.

Not to mention in this day and age radio and TV can broadcast from studios all over the country – potentially out of a radio station in Gore if you had to.

Watercare Chief Operations Officer David Worsnop spoke of big industry upgrades – protecting dams from quakes and ensuring alternative options are available should one water source become polluted or shut down – say from flooding, a quake or ash fall from a volcano.

In fact, ash was the common theme.

Auckland’s risk for earthquakes is actually quite low.  Richard Woods – Auckland CDEM Hazards Advisor spoke of Auckland’s natural risks.  He points out that Auckland lies 300kms from the main plate boundary out to the east – this significantly lessens Auckland’s risk of a major earthquake, especially when compared to the likes of Gisborne, Napier, Wellington, Christchurch and many others in between.

To put it into perspective, before the September 2010 quake around 18,000 quakes had been recorded in Christchurch – compared to just 170 in Auckland, most of which were never felt.

Tsunami risks are also reduced – but certainly not ruled out.  Auckland’s highest tsunami risk comes from South America or our own plates – again both lie to the east.  This means Coromandel Peninsula and Great Barrier Island would absorb most of the tsunami.  However there is a large window of sea between Great Barrier Island and Coromandel Peninsula – enough to allow a large tsunami through and affect the eastern bays from about Whangaparoa northwards – and then some risks south too.

Tsunami can also come in from the north, from Alaska – or Japan – which has historically affected Auckland harbours.

Ash fall from distant volcanoes seems to pose one of the greater threats.

As speaker after speaker talked of risks – the common theme was ash.  Not so much from a volcano erupting in Auckland but instead ash coming from other large volcanoes – like White Island, Mayor Island , the several volcanoes in the volcanic plateau and also Mt Taranaki.

Ash from a large eruption could close Auckland Airport, shut our roads, pollute our water and cut electricity and phones.  It could also limit broadcast signals if the ash was thick enough.

Auckland International Airport has only been closed once – for 30 minutes in the 90s after Mt Ruapehu erupted.

The airport is an interesting beast – it’s basically a city within the city – but again has numerous back up plans, including being able to continue taking international flights even if there was no fuel at the airport.

Ash does pose serious risks for planes, but as we saw in the Chile ash cloud last year, airlines who are smart about it can use technology to capitalise.  For example Air New Zealand continued to fly last year while Qantas grounded its fleet.

But what surprised me most of all was just how many back up plans all of these organisations had.  Not just because it’s “their duty” but mostly because it’s good for business – no company on earth enjoys being closed down, so an investment in having diversity is vital if you are to compete in this tough climate.

The New Zealand Transport Agency (NZTA) highlighted the risks the roading infrastructure has – and I doubt many Aucklanders would be surprised to learn that our roads are some of our most vulnerable infrastructure – whether that’s from the risk of bridges collapsing under the weight of heavy ash, or sea waters flooding our two main motorways, like State Highway 1 at the northern side of the Harbour Bridge and again on our backup highway, SH16 (Nor’western), at Waterview.

Murray Parker from NZTA pointed out the huge projects being undertaken around Auckland to fix this vulnerability – this includes the most expensive roading project ever conducted in New Zealand, the new tunnel which will link the recently upgraded sou’western motorway (Auckland Airport) with the nor’western Motorway.  This gives Aucklanders two major arterial routes through the heart of the city.

In my 12 years living in Auckland the roading issues have been seriously tackled and the new highways going in are world-class.  Still a lot of work to be done though – and light rail is still one of the missing equations from many of our transport projects – but without a doubt we’re heading down the right direction.  Much progress is being made here.

The telco speakers spoke of how well their systems held up after the Feb 22 quake in Christchurch – and the lessons they have learnt from that.  They spoke of how many ways there are to connect phones these days – whether it’s fiber optic, copper wire, cellphone or satellite phone.  In other words, if one, two or three systems go down – there’s still a fourth.

The power, water and phone companies all have two or three (if not more) back up plans to ensure services or some types of service.

This is what I took away from this conference – the city is prepared.

As Allan Mordecai said “work is continuing at all times to make the city more resilient”.  After attending this conference I realised those weren’t just words.