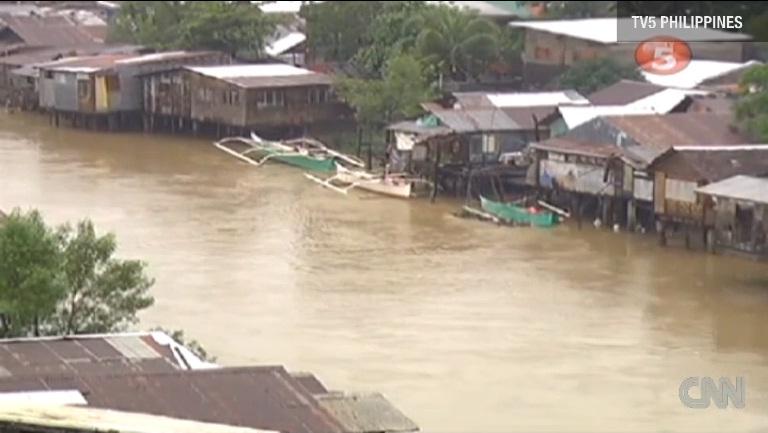 Two days of heavy rains set off floods and landslides in the southeastern Philippines, leaving dozens dead and thousands displaced.

The flooding, triggered by rains from a low pressure area, has affected 132,000 people from 10 provinces.

The same area was hit by a typhoon in December 2012, leaving more than 2,000 people dead and missing and causing huge damage.

Weather forecaster Gener Quitlong said rains may continue until Tuesday or Wednesday over some parts, including those hit by ‘Superstorm’ Haiyan, which killed more than 6,000 people and left nearly 2,000 others missing in November last year.