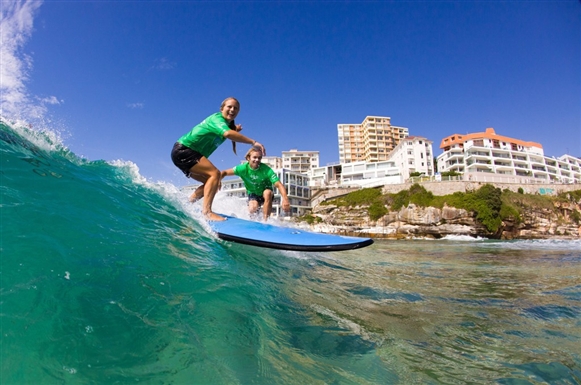 The city is on target for its hottest week since January and hottest March week in a decade with an average maximum temperature of about 29 degrees.

The New South Wales Capital has already begun its unusually warm week, last Friday. On Friday the mercury rose to 31.8 degrees, six degrees above the long-term monthly average and the first 30-degree day since January.

Between now and Thursday maximum temperatures will range from about 27 degrees to about 30, helped along by plenty of sunshine and northerly winds almost every day.

For March to have this much warmth for this long is about a once-in-a-decade event, great for those who dream of an endless summer.

If the forecast eventuates it will be the hottest March week since 2002, when the average maximum was 29.6 degrees.

The hottest week that last February could muster was an average maximum of 27.5 degrees.

It will come as no surprise that March overall is almost certain to end up being hotter than February, something that has only happened 17 times in the past 100 years.

Quieter-than-normal monsoonal activity in the tropics has allowed the interior to be sunnier than normal and for heat to build. This heat has combined with a slow-moving weather pattern, where a blocking high near New Zealand has been deflecting strong fronts south of New South Wales, keeping the Sydney area in warm northerly winds most days.

For those who have a desire for more typical autumn weather, a fairly strong front will arrive late on Thursday, bringing a cooler southerly change and a bit of rain. That rain should move north on Good Friday before another front brings the chance of showers later on the Easter long weekend. This should bring a relatively cool and damp end to the Royal Easter Show.