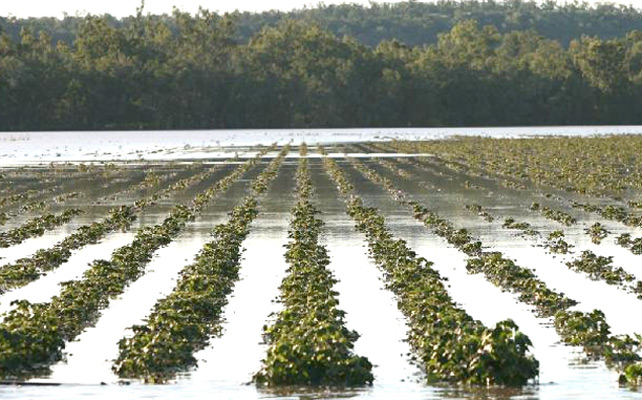 It’s happened before and it could happen again. if you’re a fan of tomatoes, courgettes, capsicums and the like you could be facing quite a climb in prices.
This is all because the Queensland floods have deimated some crops and price hikes here appear inevitable.

It could take its time before it all takes off on this side of the Tasman but the outlook does appear fairly bleak.

But the floods could also be a winning situation for our exporters who could supply more produce if there’s a shortage in Australia.

Two years back during winter tomato prices here climbed to a record breaking $13.25 a kilogram, after floods in late 2011 and earlier that year saw a tapering off in usual winter supplies from Australia.

In a separate case when Cyclone Larry tore through parts of Queensland in 2007, bananas maxed out at $13.99 a kilogram across the state not very long after the event. Yet another example of what Mother nature can do with crops etc being wiped out.

Imported veges from Australia such as tomatoes, capsicums and courgettes typically arrived in the country during mid to late Autumn

A couple of years ago there was a big gain for our tomato exporters when sales were boosted to Australia by 50 per cent after the floods across the ditch in 2011.

At this stage it’s difficult to predict whether exporters would benefit this year, but any wins were unlikely to as big as two years ago.