Over 10 degrees above average, maybe more! Temps in the mid 20s this weekend (+8 Maps) 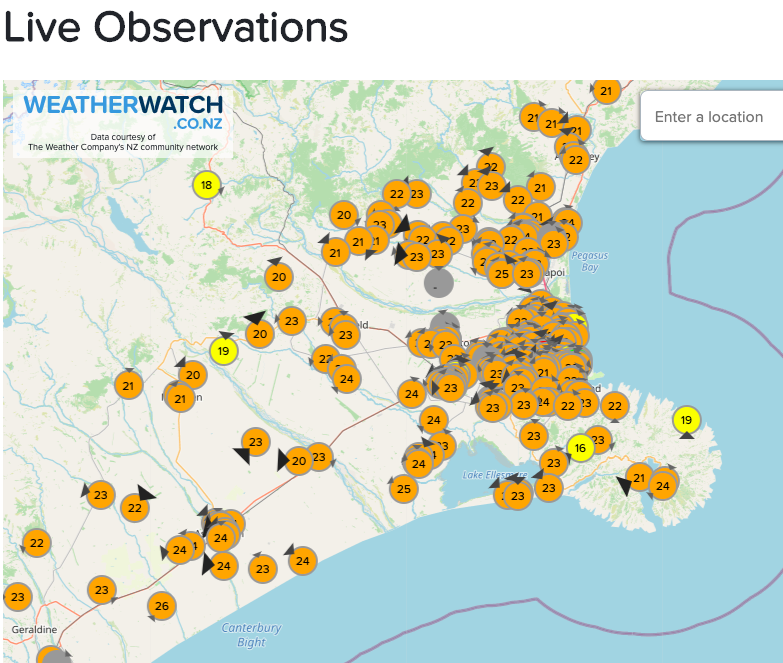 Finding the daytime temperatures warm? You’re not alone. This weekend is well above average temperature-wise in about 90% of New Zealand.

The warm weather is due to the typical windy spring westerlies kicking in over the South Island and the lower half of the North Island. The winds have sub-tropical and Australian connections, which is why they are so much warmer than average.

Places like Canterbury will climb into the mid 20s this weekend and if they go above 25 degrees we’ll be seeing temperatures over 10 to 12 degrees above normal.

Already Canterbury is at 25 degrees in some places according to the live observations network at WeatherWatch: https://www.weatherwatch.co.nz/maps-radars/observations/live-observations

On Tuesday the next colder change arrives and will work slowly up the country in the days following. It’s nothing like last week but there will be a temperature drop by day of over 10 degrees C.

Alexandra has a high of 22 on Sunday and a high of 13C by Wednesday.

Christchurch shifts from a high of 25 degrees today, Sunday and Monday – then a high of just +11C by Thursday.

Hamilton has a high of 23 on Monday and 16 by Thursday.

Auckland has a high of 20 on Monday, 16 by Thursday with the cool change not so noticeable the further north in NZ you are based.