Home > News > Out of season ex-cyclone to impact weste... 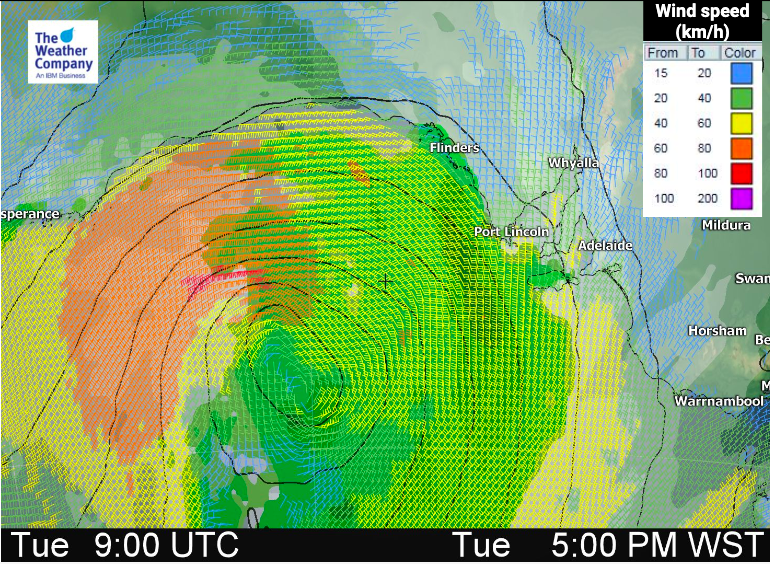 A storm formed west of Indonesia, became an out of season tropical cyclone, will impact western Australia and the remnants might even reach NZ.

It’s quite the journey and shows how far some weather systems can travel under the right conditions – like a stick floating a long way down a stream before getting stuck.

The cyclone, which was named Mangga, was downgraded overnight and now is an ex-cyclone. However the system has a fair bit of energy and will bring wind and heavy rain to arid western Australian.

The remnants won’t be much by the time they reach the Southern Ocean, but a new low may form (or the same one may deepen briefly) as it approaches the Great Australian Bight, caught up in the big westerly wind flow south of Aussie.

Adelaide and Melbourne should get a few showers only.

Long range guidance even suggests eastern Australia – like Sydney – and northern NZ might get downpours partially made up with the remnants of this once tropical cyclone originally from near western Indonesia.

The cyclone season for the Southern Hemisphere officially ended on April 30.