OPINION: Winter 2020 – It was weird in the north, closer to normal in the south 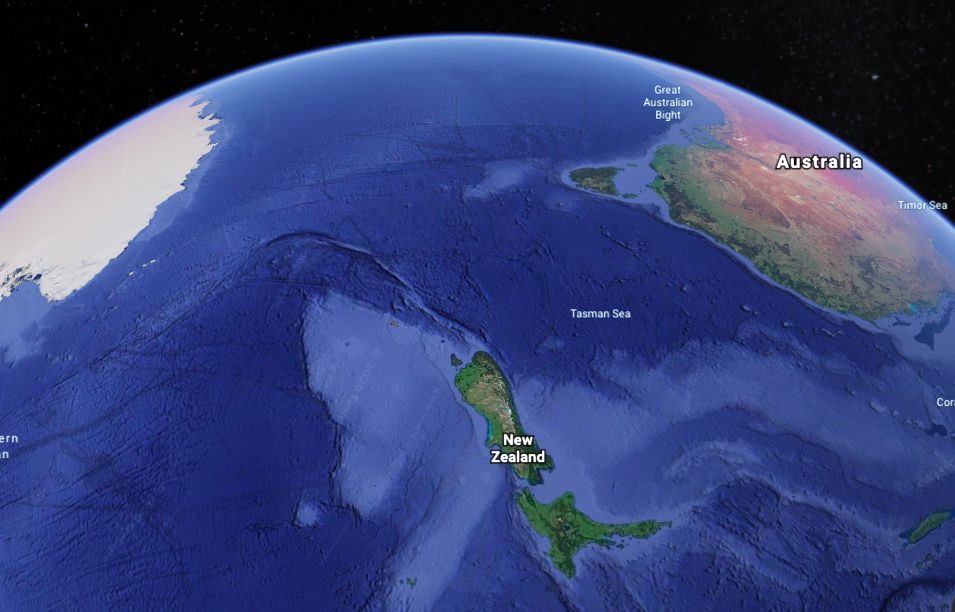 By Philip Duncan — This winter has been both weird and a return to normal. So that’s the opening line.

Winter 2020 ends, in the meteorological calendar, on August 31 and not until late September on the astronomical calendar. But let’s be honest – Spring is already arriving.

So, where do I start?

SOUTH ISLAND:
Ok, let’s start with the South Island, because you’re closer to Antarctica and therefore, technically, you have more of a ‘real’ winter than your friends and family up north.

The South Island has actually had a more traditional winter this year, despite the many warmer than average days. The South Island was more balanced in two main areas. 1) Nights were colder, frostier than previous years 2) There was a big run of ‘cold’ daytime highs over a number of weeks.

Localised bleak cloudy easterlies and high pressure zones kept the South Island cold on a number of days. Many Southerners told WeatherWatch.co.nz they felt a return to normality this winter with frosts back to normal. Many also commented on the hype and fuss the northern based news media made about overnight lows dropping down to normal levels.

Places through Central Otago and Mackenzie Basin had a string of daytime highs barely making it above zero degrees at the warmest point of the day. When I was a kid that was normal, but this past decade it’s been less frequent (wow, you know you’re getting older when you say things like “when I was a kid…”). 2012 to 2019 were especially mild though, for many parts of NZ overally.

The South Island also leaned drier – especially the east with Canterbury in a significant soil moisture deficit in some parts. This is a worry now because typically spring brings more dry weather to the eastern South Island. Those in Marlborough and surrounds have also expressed a little concern about the dry.

Even some areas of Southland, which don’t traditionally get too dry in winter, are noticing some places are drier than normal for August.

NORTH ISLAND
The North Island has had a weird winter. I stand by that non technical term! It’s been weird. We’ve seen plenty of easterlies and a massive chunk of sub-tropical northerlies. The odd sub-tropical airflow in winter is normal – but this has been week after week after week. And not just from a little north of NZ but WAY north – Fiji, New Caledonia, Tonga and the Cook Islands! The grass is growing. Flowers are coming out. Winter never really happened – although a few frosts did make it up to Auckland and rural Northland briefly. Light frosts though. I stand by my opinion that NZ has a two month winter, a two month summer – and the rest is all spring and autumn,

The air pressure has also been high this year. I’ve asked IBM to do some number crunching to work out if our air pressure this year has been higher than average…as that would explain why it was drier and calmer for the first half of 2020 in the north (by the way, this used to be the place NIWA filled, but with them now focused on commercially beating up MetService they aren’t explaining much about climate, which is a real loss for NZ. It’s a shame NZ’s journalists aren’t too focused on this either, as it means younger generations will miss out on being educated about climate the way I was).

Rainfall has also returned to the North Island following a very dry Autumn, a very dry Summer and a drier than average 2019. It’s not quite ‘normal’ yet, but it’s positive for most.

For Auckland this has been better news with rain returning to the city and the mismanaged water “crisis”. WeatherWatch was the only forecaster in NZ to be optimistic about August’s rainfall in our largest city. Despite the rain returning, Auckland region remains in a rainfall deficit from the past 20 months. So keep those 4 minute showers coming. As a rural boy growing up, a 4 minute shower was a luxury. For a now city boy, it’s frustratingly short. But it’a small price to pay for us all to help lift the water storage levels. Also, use economy settings on your dishwasher and washing machine. Ugh, but I hear ya on the “seriously, a 3 hour cycle!?”.

One positive about 1.7 million people conserving water is that your tiny help collectively makes a big difference. So please, keep it up!

Down country and the North Island has perhaps leaned drier than normal in many regions but it’s been milder too. Some cold nights in the mix though – Waikato also had some decent frosts (as expected as it’s a basin and can record some of the North’s biggest frosts despite being, well, so far north).

Northland continues their trend of being either too dry or too wet – with a rapid shift from drought to floods this winter. Thankfully, the floods were very localised and the net positive is that many farmers are happy.

But the sub-tropical winds…wow. Kaipara Mayor – and friend of WeatherWatch – Dr (Jake) Jason Smith posted a video at the weekend of a cicada chirping away. A summer insect still alive at the opposite time of the year.

EARLY SPRING
Unofficially an early spring weather pattern is most definitely here. Even the cold snap this week is looking pretty timid for late August. Spring officially arrives in September – NZ’s location on earth yet again proving we’re in a ‘weird’ spot for weather. We’re like the Goldilocks belt of weather. Not too hot. But even in the depths of winter 2020 – not too cold either.

SPRING 2020
Our next Climate Update – brought to you by IBM and RuralWeather.co.nz – will be out next Monday, August 31.

Tell us what it’s been like at your place by posting a comment below – how would you sum up Winter 2020 so far?

Whilst winter temperature stats will probably show fairly normal, the winter in Otago was dominated by much more frosty weather than usual, as a result of prolonged high pressure over the South Island. (I would not be surprised to see that pressure was close to a record high for perhaps one of the months this winter. )
In Dunedin, there were very few opportunities for snow events… there was hardly a ‘snow’ day to be had, with snow falling only to as low as 200m for less than half a day.

You’re so right about NIWA and MetService! Two taxpayer-funded Government owned companies trying to out-smart (destroy) each other!

Auckland & Northland still way too dry for this time of year. Hoping for a proper La Nina pattern to develop…