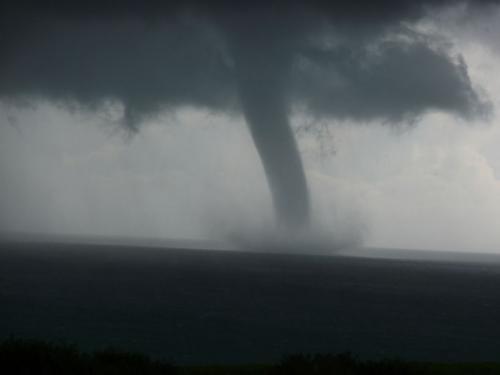 October is generally considered to be one of our most ferocious weather months as Spring gets into top gear and the fight between warm and cold begins.

While winter’s angry cold continues to spiral around Antarctica, occasionally surging north over New Zealand, the sun’s recent dominance of the southern hemisphere means more heat is coming down from the north.

It’s the battle of the seasons…winter doesn’t want to let go but it’s a battle it will ultimately lose as summer slowly develops and gains more strength.

So what should we expect this month?  Usually more wind warnings.  October is often crammed full of them (apart from last year) and it’s the usual places that get the wind – Wellington, Wairarapa, Marlborough, inland Canterbury, Otago.  Heavy rain warnings for western places and a boom in temperatures in the east are all likely.

October can also see aggressive lows in the central Tasman Sea that affect places like Auckland with gales, heavy rain and thunderstorms.

If the past few days are anything to go by October looks set to be a traditionally stormy month.