October – a month of weather extremes 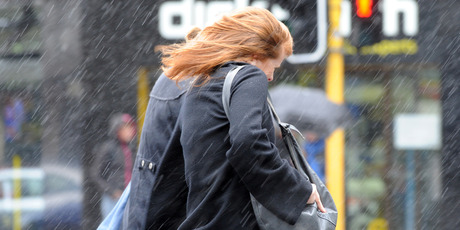 Parts of New Zealand have had their warmest October since records begun, while other parts of the country had such wild weather that roofs were ripped from homes and trees flattened.

The Government’s October climate summary shows Tauranga, Hamilton and Whangarei had the highest average daily maximum temperature for October. Other centre, including Auckland, had near-record figures

As well as heat, many parts of the North Island had little more than half their normal rainfall, prompting concerns about possible water problems in summer.

A predominantly westerly airflow meant a warm month for many eastern areas, with mean maximum air temperatures in many areas more than 2C above average.

It was especially warm in Gisborne and Hastings, and Tauranga and Hamilton’s October mean maximum air temperatures of 20.3C and 20.1C respectively were the highest in a century of records for the month.

Auckland, Northland and Gisborne had only half their normal rainfall and levels were either well below or below normal for Waikato, the Bay of Plenty and Hawkes Bay, posing potential problems for farmers.

Other parts of the country were soaked when the flows brought “buckets” of rain to exposed areas, particularly on the West Coast.

Rainfall levels were as high as 150 per cent of normal in areas west of the Southern Alps, parts of Southland, Central Otago and Tasman, and Invercargill had its wettest October in 113 years.

The Government’s data shows the bigger picture was the mighty winds. Frequent and widespread blows made the month the seventh-windiest October ever.

In the lower North Island on October 14, severe winds forced the cancellation of at least 40 flights, cut power to hundreds of homes and knocked a truck over in Wairarapa.

Downpours also took a toll, especially in Wanganui, where 100 homes and 50 businesses were evacuated when the river overflowed.

For this month, the prediction is for sunny and stable weather, with near-average or above-average temperatures.