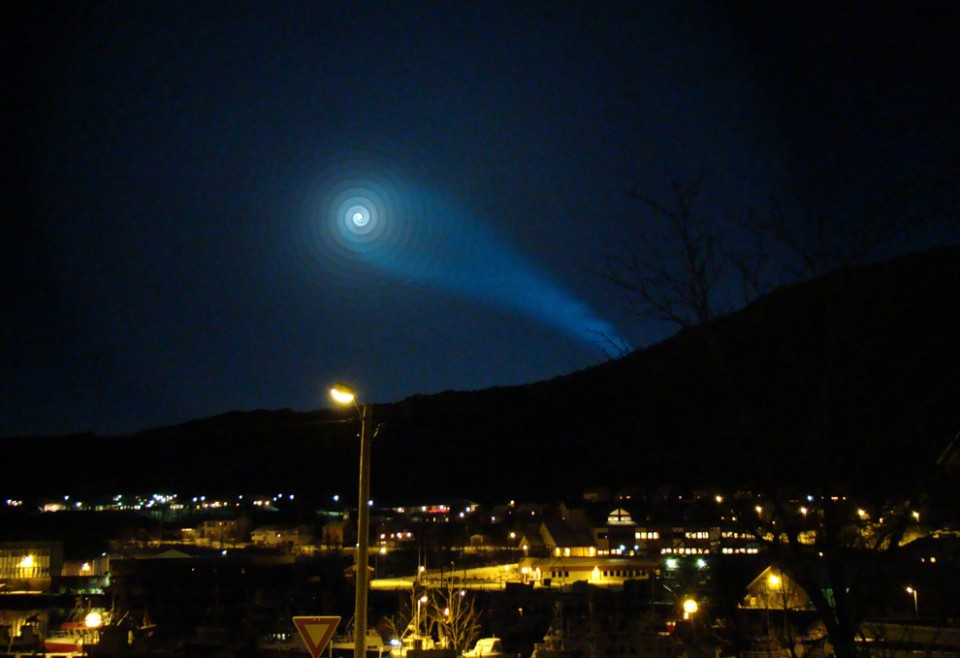 Recently we received an email from a concerned reader about strange incidents taking place over the north of the country.

Susan wrote…At four oclock in the morning of Tuesday 25th March we were awoken by enormous flash of blue light followed almost instantly by enormous explosion.

We rushed outside but could see nothing. The sky was completely clear of cloud and starry.Next day we found our phones were out and the fax machine was fried with burned out components. The power was unaffected.

That night at midnight a loud jet engine noise was heard directly above the building. Very loud and unfamiliar. On rushing outside i saw a large aircraft of a triangular shape directly overhead. It was heading in a north west direction but banked around and headed north gaining altitude very quickly and disappearing over Dome range near Warkworth, Auckland North.

in a very short time, around five seconds. the craft had three red circles or rings of light like neon in a
long triangle with a white flashing light in the centre.

Saw weird meteor like shooting star over Stokes valley approx 7.15 Monday evening 13/05/2013. Orange in colour. travelling approx west to east. Not a plane and not like a normal shooting star or satelitte. Was very cool. Had semblance of a tail and was quite large. Def not reflection of light on clouds

Can you help? Did you experience anything of this nature with either events or know someone who did?

Your comments as always are welcome.

Thank you WeatherWatch for posting Susan’s UFO experience and most of all thank you Susan for sharing your experience . Susan you described perfectly the exact same UFO occurrence that I witnessed with my daughter in the late fall and early summer of 1999 evening night sky,

I have seen the exact same triangular lights you have described flying at approx 10 – 12,000ft in the sky above me with no external audible sound coming from the craft, and, this is important I share this, I was not afraid of the craft with triangular lights above me and/or there were no alarms that triggered me to be anxious or nervous, non what so ever.

The following evening at exactly 23:20hrs a black helicopter without it’s lights on hovered over our home just above the big powerpole tower for 20 minutes it was loud and noisy and let me tell you that black helicopter bothered me and made me anxious and nervous.

I’ll share more on my personal experience re: triangular craft and lights – the craft is exceptionally fast… in the blink of an eye, there one minute gone the next.

Thank you for sharing your experience.
CH Davis