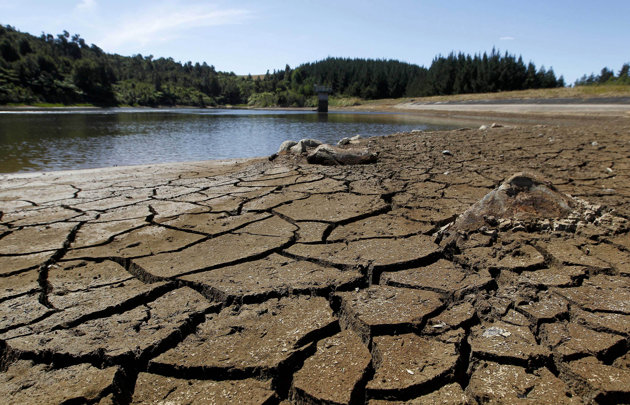 Climate change experts from around New Zealand and abroad will gather in June to discuss how the country will deal with changing weather patterns against a backdrop of severe drought and ongoing controversy over government policy changes.

However, organizers and participants say scientists will be relatively unfazed by debate over the government’s watering down of its emissions trading scheme (ETS) and its decision to pull out of the Kyoto accord, as well as a long summer drought that is threatening to slow the recovery of the country’s agriculture- based economy.

“People will be discussing quite openly the issues regarding the emissions trading scheme and other issues that go with that, but irrespective of what happens to emissions trading or mitigation, we still have to consider how we’ll have to adapt to some of the effects of climate change,” Nottage told Xinhua in a phone interview.

“We still have a serious issue to deal with here — it’s not going away and it’s not getting easier.”

The drought that has been officially declared over the whole of New Zealand’s North Island and part of the South Island had ” raised the profile” of climate-related events, said Nottage, a senior climate change analyst has said.
“These are part of what we anticipate to increase in New Zealand, getting wetter in the west and drier in the east according to projections,” he said.

The government drew criticism last year for weakening its ETS requirements and for not signing up to a second commitment period on greenhouse gas emissions under the Kyoto Protocol, opting instead to take a non-binding emissions pledge under the United Nations Framework Agreement on Climate Change from this year.

The move aligned the country with a group of developed and developing nations that were collectively responsible for 85 percent of global emissions, including the United States, Japan, China, India, Canada, Brazil and Russia.

Professor Dave Frame, director of New Zealand Climate Change Research Institute at Victoria University, who will speak on the physical science of climate change, said two of the big issues would be the record levels of open water in the Arctic and the hiatus, or “tapering” away, of temperature warming in recent years.

However, he said frustration of scientists would be directed at the difficulty of finding global solutions to climate change rather than government policy-makers.

Frame said the price of carbon was too low to ensure an effective ETS, but even so New Zealand was one of the few countries to have a price.

Meanwhile, the world was preparing to move on from Kyoto, which only regulated a small group of countries anyway, he said.

“It’s a coordinated game,” Frame told Xinhua in a phone interview. “There’s no point in any one country spending a fortune on it because it matters what other countries do too.”

Pulling out of Kyoto had opened up new opportunities for New Zealand, such as looking at partnering with countries in the developing world to build carbon markets together.

“As a small country, it’s difficult for New Zealand to do much on its own. We have to work out what every country can do and what works for them,” said Frame.

Scientists had succeeded in making policy-makers aware of the problem and a growing number of countries were realizing that they needed to act on carbon emissions.

Scientists were unlikely to be surprised by events such as New Zealand’s ongoing drought.

“It’s probably in everyone’s interests to be more resilient to strange weather,” he said.

Nottage said overseas speakers at the New Zealand Climate Change Conference — to take place in Palmerston North on June 4 and 5 — were yet to be announced.