NZ next 7 days: A heatwave, isolated severe thunderstorms and a tropical depression (+Maps) 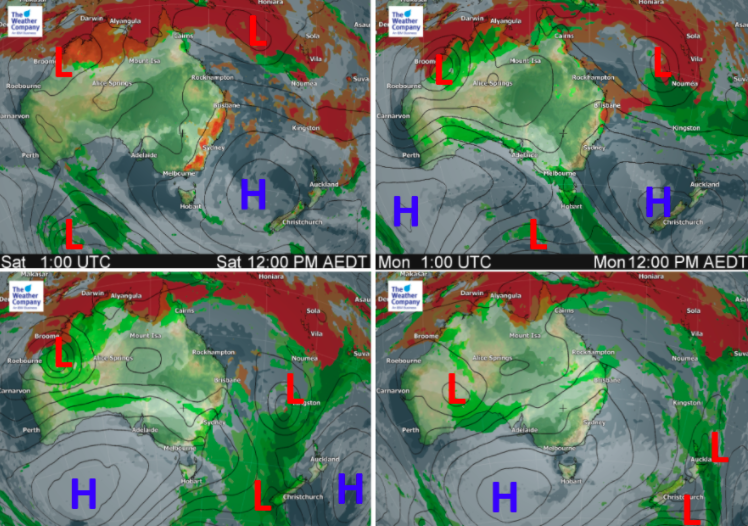 There is a lot going on with temperatures several degrees above normal, inland severe thunderstorms and now a tropical depression has formed and is likely to drop south towards New Zealand mid next week.

HEAT
As most of you know afternoon temperatures, especially in the South Island, are frequently reaching the 30s. However things are about to get even hotter with northerly winds ahead of a tropical low next week pushing daytime highs into the mid to late 30s in the shade on Monday for some in Central Otago. “That is the forecast high in the shade outside away from concrete and metal – imagine how hot some work places will be in the coming days, especially in the towns and cities. Temperatures will be brutal for some workers outdoors or in buildings with no air conditioning or breezes. Over 40 degrees is easily possible for some” says head forecaster Philip Duncan “but at this stage we don’t expect temperatures over 40 officially or in the shade”.

A cool down arrives in the South Island one week from now but that same SW wind flow could then help boost temperatures in north eastern corners of New Zealand. The Weather Company says the heatwave in parts of Australia and New Zealand right now is pushing temperatures above normal, for some it’s 10 degrees above the average norm. 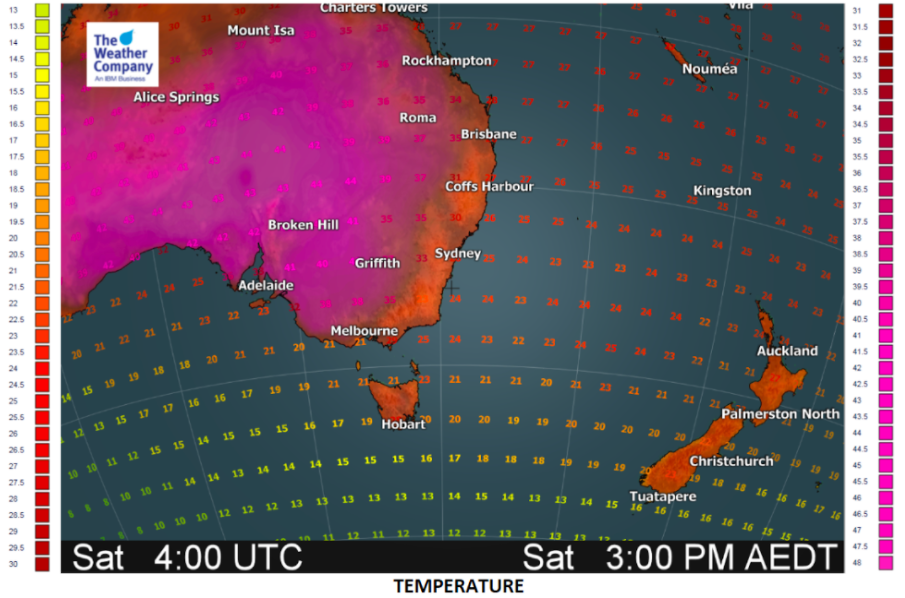 ISOLATED SEVERE THUNDERSTORMS
There’s a fair bit of moisture in the air around New Zealand at the moment, leading to cloudy and misty mornings – some people may even have a light shower or drizzle patch first thing. Later in the day as heat kicks in this moisture becomes confined to large cloud build ups and, as we’ve seen all this week, some turn in to isolated but severe late day thunderstorms.  On Friday the risk is around inland parts of the North Island and upper inland South Island.  On Saturday it’s mostly confined to around the South Island ranges with a few downpours in the North Island’s central areas. By Sunday the risk is mostly around the central North Island. Sunday appears to be the last day with a serious risk of severe thunderstorms. 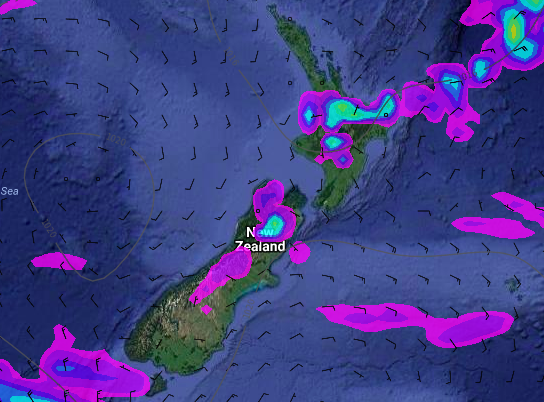 FRIDAY PM – highest risk for a downpour with possible thunder in the pale blue areas.

TROPICAL DEPRESSION
There is some potential that a low forming today NW of New Zealand and NE of Australia (over the Coral Sea) will become a low end Tropical Cyclone in the coming days, however the focus for New Zealanders shouldn’t really be on this fact as it’s very unlikely to be a cyclone or storm when it reaches New Zealand (based on modelling for all of this week anyway). The most likely scenario is that this low pressure system will drag down a lot of humidity and moisture to the New Zealand region next week. The low forms, deepens and intensifies this weekend, should peak around Monday well north west of New Zealand and then weakens and changes shape as it drops south into the New Zealand area mid to late next week.

This tropical low pressure system is coinciding with a Super Moon which already adds higher than usual tides. Lower air pressure with strong northerlies and heavy rain could lead to coastal flooding at high tides, however it’s definitely too far out to lock this in – it very much depends on the placement of the centre of this low and intensity at the time. At this stage the South Island’s West Coast perhaps has the highest chances for the remnants of the centre of this wet low to move in on February 1st. 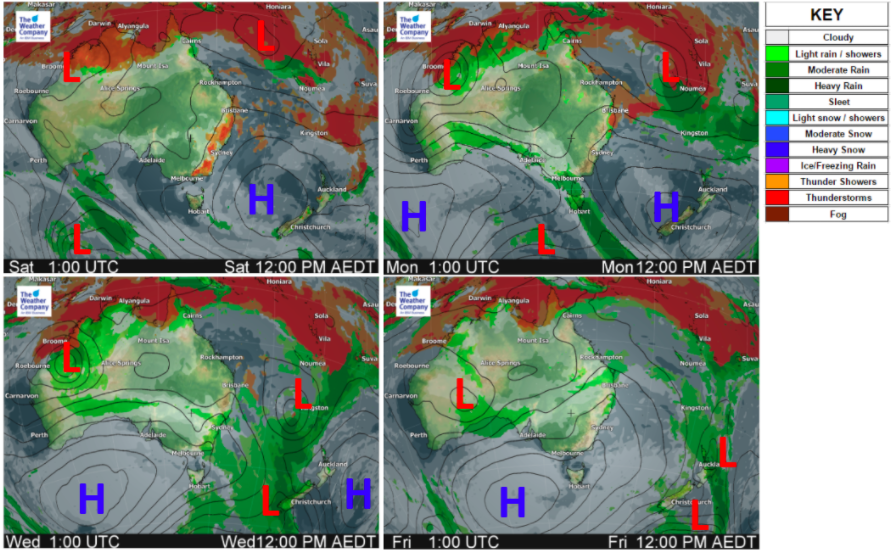 – The next week ahead in Australia and New Zealand shows the tropical low dropping south towards New Zealand bringing humid northerlies and areas of very heavy rain. It also shows the low weakening a lot in the New Zealand area.

Hi team- perhaps the most important forecast for the week is what will the weather be doing Saturday night in Auckland for the Foo Fighters concert at Mt Smart??!! Potentially not great by the looks?! Cheers

At this stage yes it may be wet but I see potential for that forecast to change as it is a week out basically. Keep an eye on our Auckland forecasts this coming week 🙂

I see most models in general agreement on track of the low, most likely West Coast South Is.

There appears to be a lot of activity looming in the tropics over the next couple of weeks with other lows also heading our way. Very uncertain at this stage due to the fluctuations expected but it does look an unsettled period for the north

Great coverage again & really enjoying the videos. I never bother with TV weather these days it is so lightweight in comparison with yours.

Hi Dave, wow thanks so much for the great compliment. Very kind of you 🙂 And yes this looks interesting – with La Nina and warmer than average sea conditions around New Zealand there is a higher chance of tropical lows or tropical rain events. The models have been agreeing on this one for about a week now and it’s placement in the NZ area next week is between two large highs which is a natural fit for a low (if the high was staying over NZ the low would likely stay in the tropics unable to move southwards). One to watch – and the next few months could be quite interesting in the SW Pacific.