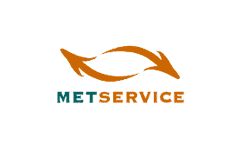 MetService is in the running for a BBC weather forecasting contract.

The State-Owned Enterprise is understood to be brokering the deal through its commercial arm – Metra.

MetService is not commenting on the deal but a spokesman for the Minister for State-Owned Enterprises, Simon Power, has confirmed to nzherald.co.nz that MetService is in negotiations with the BBC to provide some forecasting services.

The spokesman said Mr Power would not comment further because the negotiations are an “operational matter”.

The Times Online has reported that the BBC is considering ending its 90-year contract with The British Met Office, after continued complaints about inaccurate weather forecasts.

The Times Online article also states that the broadcaster has begun talks with Metra.

The British Met Office predicted a “barbecue summer” last year and a mild winter this year, both of which turned out to be completely inaccurate.

Britain is currently experiencing its worst winter in 30 years.

In the Scottish Highlands, temperatures have plunged to minus 22 degrees Celsius in the last week.

The Telegraph reports that the elderly in particular have suffered, with more than 3000 people aged 75- to 84-years-old dying in a week.

Metservice chief executive Paul Reid told the commerce select committee at Parliament in October last year that the weather bureau gets half of its income from one big Ministry of Transport contract for weather forecasts.

“That’s always a risk – but for us it also provides a really stable platform for the business to grow, when you know you have got a really large anchor customer there,” Mr Reid said.

There were still three years to run on the contract, Mr Reid told National list MP Katrina Shanks, who asked during a financial review of the MetService what risks werer attached to having so much business tied to one client.

“If the MOT wished to go to market with it, they could, but there would have to be a compelling reason for it,” he said.

Do you think it’s wise for MetService to be investing overseas when perhaps more investment is needed here to improve accuracy or free up rain radars?  Or do you think having a large client such as the BBC could help put more resources into MetService’s New Zealand operation?

I think you are asking several questions here but by looking at there annual report you can see that MetService makes a loss and Metra (International business) makes a huge profit. The combine results show a profitable business that thens re: invests via capital back into the business. The annual report goes on to show that that investment is going into NZ infrustructure. Surely this must be good for NZ? If they didnt do it then the government would need to provide more funding and that would mean reducing funding from somewhere like schools etc. As an investor and a weather follower I would buy into this company. I hope the government list them one day. Your question regarding free weather radars, I guess if they made them free then the would be able to charge business for access and again the government would need to provide more $$$.

I think this makes sense, as it based on their annual report.

Also everyone loves to blame the weather man, but take him away and we all would be lost 🙂

sorry for typo’s. Wanted to say, Your question regarding free weather radars, I guess if they made them free then they wouldnt be able to charge businesses for access and again the government would need to provide more $$$.

Well thought out comments – thanks Peter.

oh u poor poms if u think u would get an improvement with our metservice! they seem rather not to PREDICT the weather..but more UPDATE it as it happens. The predicted high seems to change after the actual temp exceeds it…not much predicting a high of 23 in a 8am update, if its already 28 at 11.30! I NEEDED TO KNOW THAT BEFORE I WENT OUT THANKYOU GUYS!
Thanks Weatherwatch..for yr way more helpful predictions 🙂

‘….The Times Online has reported that the BBC is considering ending its 90-year contract with The British Met Office, after continued complaints about inaccurate weather forecasts…’

…Why then would they consider the NZ Met Service…!! Ha ha ha…

This surely has to be a joke, the N.Z Met service cant even give an accurate forcast for parts of New Zealand. Being involved in outdoor pursuits in the South Island I constantly monitor the Met Service forecasts, especially 3,5 and 7 day forecasts, and I have found that the N.Z. Met Service continually gets it wrong.But then again the British Weather is a little easier to predict, grey and wet.

The Poms’ current service must be pretty awful if they think that our mob will be better.Don’t worry about going overseas-a bit of investment in the local service would be a better option.
Aren’t they supposed to be merging with NIWA?This way the’re heading to be like TVNZ-no service but a good cash cow.