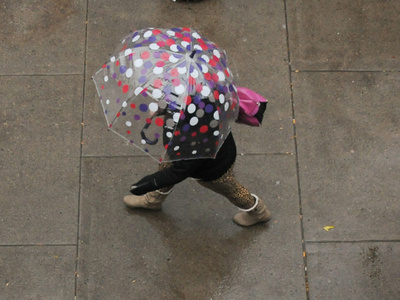 Showers have fallen over parts of the North island this morning however skies are clearing or have cleared already over many western and northern districts.

Heaviest falls were over parts of Taranaki, Waikato and the central North Island overnight or this morning.

Showers dotted parts of Auckland and a risk of a shower remains but it appears an improvement has already taken place.

With the showers slightly cooler temperatures arrived with not many places across the country recording much higher than twenty two degrees at midday.

Coolest temperatures are over the South Island this afternoon but it’s certainly drier and brighter overall.

Water restrictions are starting to get underway over parts of the country and the latest over the last few days has impacted the Nelson region. The restrictions are across different stages.

Stage 2 rationing is a cut in use by 35 percent of consented water take levels and will apply in the Upper Catchment, Reservoir, Waimea West, Delta, Golden Hills, and Upper Confined Aquifer zones on the Waimea Plains. Stage 1 means a cut in use by 20 percent in the Lower Confined, Hope and Motupiko water management zones.

There is still no rationing required in the Wai-iti Zone as Council continues to release water from the Wai-iti water augmentation dam at Kainui. The Anatoki River continues on water restrictions.

Porirua, Western Bay and Palmerston North are also seeing water restrictions to varying degrees as the big dry hangs in despite some showers today.

Hi, here in Upper Hutt there was a forecast of possible morning showers but none have eventuated and the skies are now clearing.
Cheers
Duncan

Yes showers seemed well to the north of you Duncan earlier.

Thanks for letting us know 🙂

Lovely soft rain in New Lynn watered the garden a little. Cirrus skies and sunshine after the rain passed + a circumhorizontal arc high above Avondale for a short time.

Lasted over an hour on & off, even had puddles on concrete. And a wet dog!