Next week: Humid and wet for many 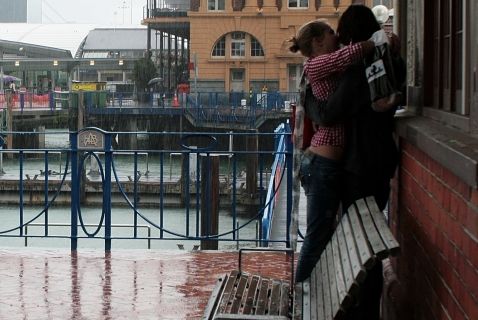 Most of New Zealand will have rain, high humidity and warmth at some stage next week, with some having those conditions last all week, as La Nina conditions continue to set in.

WeatherWatch.co.nz predicts overnight lows across northern New Zealand will be in the mid to late teens for several nights starting this weekend.

South Islanders will also have humid, cloudier and wetter wetter but the warm northerlies may give way to cooler southerlies, as the more spring-like weather pattern there takes longer to fade out.

The North Island will see at least two lows with sub-tropical or even tropical connections which will mean high humidity and the occasional burst of heavy rain.  If skies clear enough afternoon heating should lead to more inland thunderstorms and downpours as we’ve seen this week.

WeatherWatch.co.nz says the transition into more settled summer weather may take a few more weeks yet but that the number of rain events does usually ease as we head into January.

As for Christmas Day?  Well it’s too early to know for sure but one model we use is picking more of the same warm, humid and sometimes wet weather around that weekend.

We’ll have our first official Christmas Day forecast next week.

Looking at maps for next week it dosnt appear much of the rain will make it into the Deep South until possibly late week when conditions turn Southwest. So far this month No rain has fallen in Invercargill and I see a Restricted fire season has now been declared in Southland starting tomorrow.

Agreed – in fact Southland may well be one of the best places in the country next week if you don’t like rain or humidity!  Could be very pleasant.

Thanks for sharing the info abou the fire season and a link to your website.  Very cool!

Do you have any forecasts for Dunedin for next Saturday? Is it meant to be raining?

Hi there – you can use our new interactive maps page to see what’s happening rain, wind and temperature wise for Dunedin next Saturday.  At this early stage it looks like a southerly and a few early showers, both easing/clearing in the morning.