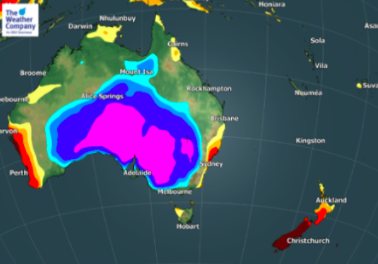 For the first time in a week the chances of severe weather in New Zealand is reducing while over the ditch Australia is bracing for a significant storm to kick off the first day of summer on the meteorological calendar, with a potential tropical cyclone soon after.

In New Zealand more humidity, calmness and daytime heating will lead to further big downpours and isolated thunderstorms today, especially in the North Island and perhaps upper South Island again. There’s still a risk of severe thunderstorms in New Zealand, in places like Central Plateau, Waikato and the mountains of the upper South Island. However, the risk area is significantly shrinking over Friday and Saturday, especially compared to earlier in the week.

Already as of the 8am hour there were some downpours in the Coromandel Peninsula and Auckland regions – but isolated and not major.

While no dramatic shift in New Zealand’s weather a reshaping of the high pressure belt over us means a slight changes in breezes and this simple act is likely to kill off, or cut back, the big storms and downpours we’ve been seeing during the daytime heating.

Australians’s brace for storms on both east and west coastlines:
As New Zealand enters an early summer this year Australia is facing several days of rain – after already a number of days of rain and showers. The storm coming in today, however, is significant and already Australian forecasters are using strong language to warn of the event which may cause significant flooding and damage.

WeatherWatch.co.nz has been told that some businesses have cancelled Christmas parties today and tonight in Melbourne due to the risks of severe weather and concerns about staff safety.

There will be quite a contrast in weather from the New Zealand side of the Tasman Sea, with much of the eastern half of Australia under “unstable conditions” as sinking low air pressure.

A cold vortex is forming and this will help create severe weather in the south eastern corner of Australia today, tonight and into Saturday morning producing flooding rains, especially inland, gusty winds, a significant temperature drop and Severe Thunderstorms. Just a week ago a young lady lost her life in Melbourne due to a lightning strike.

This colder change in Australia won’t reach New Zealand – the heatwave of temperatures over 8 degrees C above normal in parts of the South Island will continue into December’s first week while much of the North Island remains above average too.

Ahead of the storm in Australia warnings have already been issued for floods, severe thunder, heavy rain, gale winds and road weather alerts.

On top of that, the more remote west coast is facing it’s first tropical storm, or cyclone, of the season as TC Dahlia forms in the Indian Ocean and is forecast by TWC to reach western Aussie in the coming week. 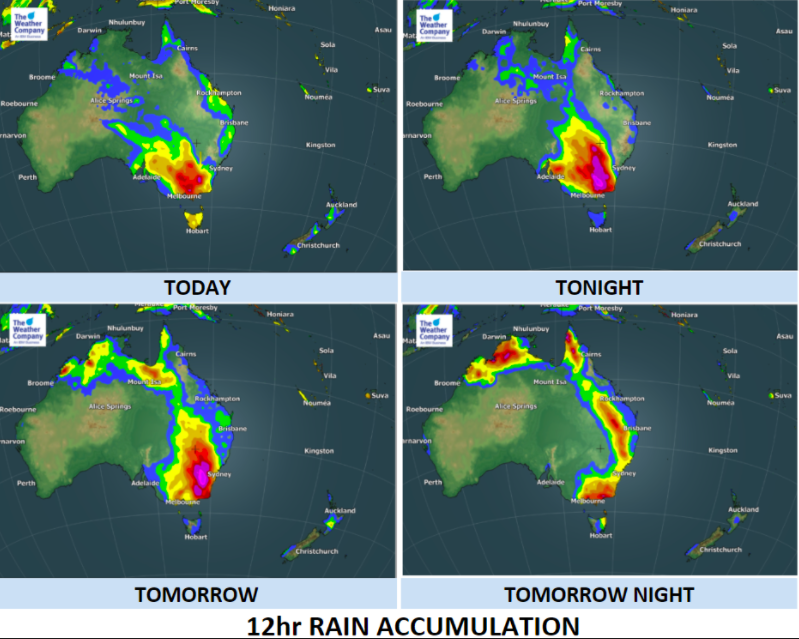 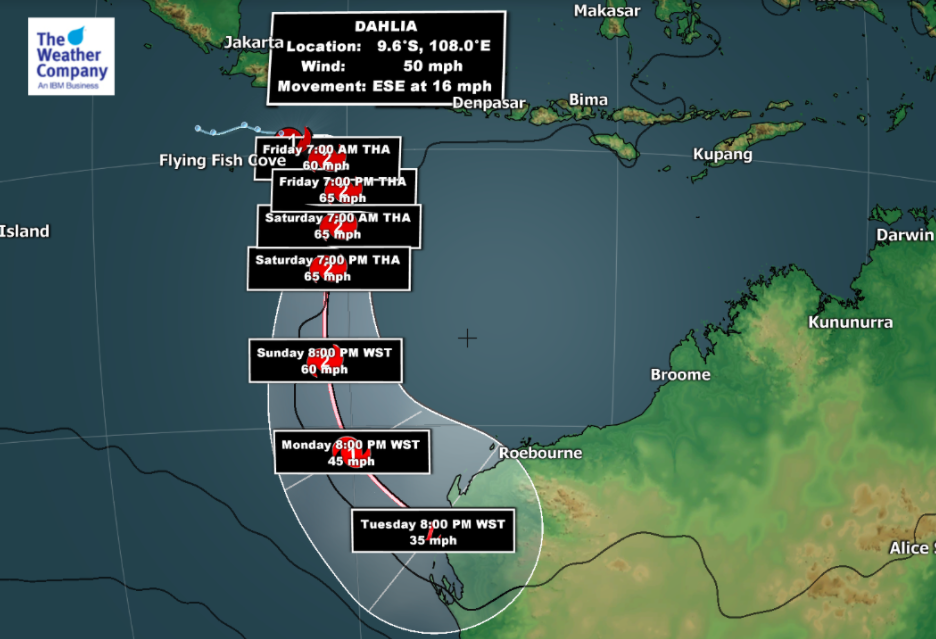 – InfoGraphics made by The Weather Company (an IBM business and an official WeatherWatch.co.nz business partner)