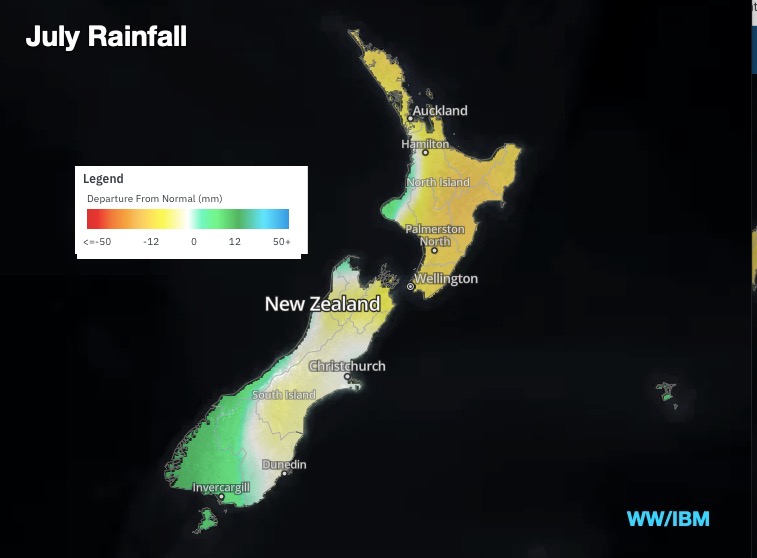 In May WeatherWatch exclusively and accurately forecast June would turn wet – now we’re looking at July and seeing an unsettled first half of the month along with more high pressure than normal as we head through the month.

Basically the unsettled pattern that developed in June carries on into July – but by week 2 and 3 of July huge highs from Australia return and track across the country bringing extended dry spells – and, once again, limiting how much rain falls further north and east.

This airflow is also a fairly average one for temperatures, although July kicks off colder than average in many regions with July 1st an especially cold day for the South Island. However, these large highs and westerlies will help contribute fairly normal temperatures in the big scheme of things.

July should be about average temperature-wise (of course there will be some colder than normal days and milder than usual ones in the mix) but overall perhaps leans just very slightly above average nationwide.

WHAT IBM SAYS FOR JULY
*Please note: IBM’s monthly data has about a 65% accuracy rate – the highest on the planet for long range forecasting, but it does highlight that there is some give and take to monthly forecasting. Refer to www.RuralWeather.co.nz for highly accurate local data for 10 days out).