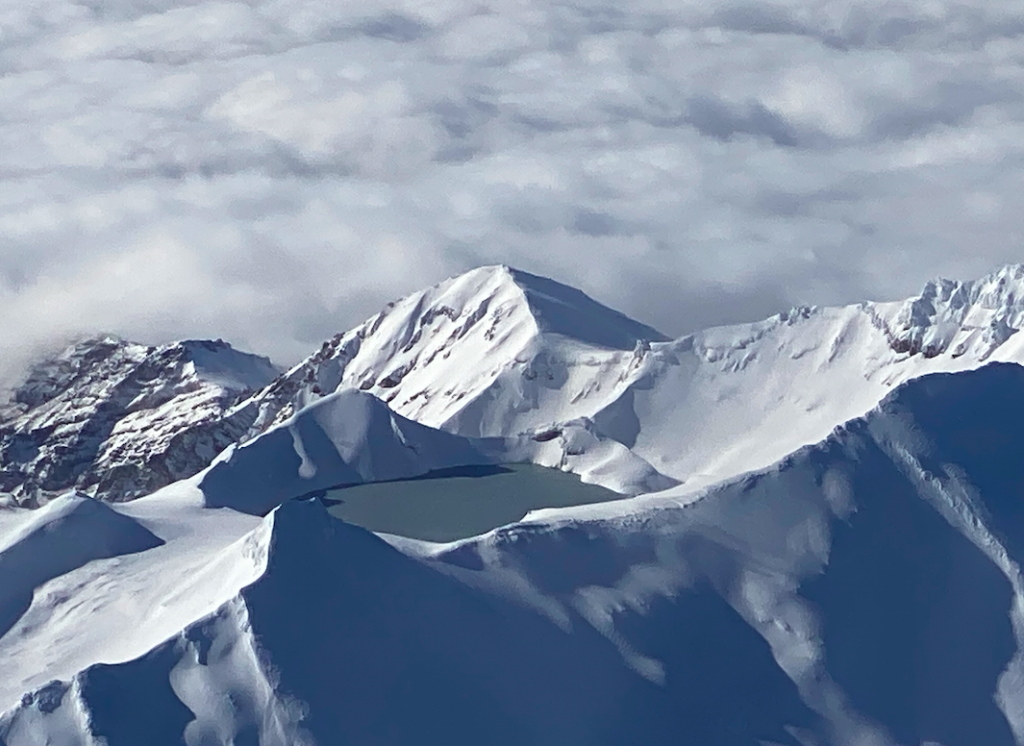 The news today that Mt Ruapehu’s crater lake is heating up and showing signs of activity may be a little concerning for some who are hoping to head away this summer and have a chance to switch off without added worry.

GeoNet has increased the alert level to 2, but also says the Volcanic Alert Level reflects the current level of volcanic unrest or activity and is not a forecast of future activity.

GeoNet put a statement today about the sudden increase in heat and activity.

Crater Lake (Te Wai ā-moe) continues heating and is now 43 °C. The heating has been accompanied by bursts of volcanic tremor and a marked increase in the amount of gas passing through the crater lake. The volcanic alert level has been raised to Level 2 and the Aviation Colour code changed to Yellow.

The Crater Lake (Te Wai ā-moe) temperature has been rising and is now 43ºC. During a gas flight last week, the lake was observed to be a uniform grey colour which shows it is well-mixed. There is some flow over the outlet. The gas output through the crater lake has also increased markedly in response to this heating cycle. The amounts of carbon dioxide (CO2) and sulphur gases (SO2 and H2S) in the plume are the largest measured in the past two decades. The continued flow of gases and hydrothermal fluids though the lake shows that the underlying vent area is open.

Volcanic tremor is being produced as short-lived pulses that coincide with increased gas passing through the crater lake and its plumbing system. Modelling of energy input into the lake has shown increase during the past month from around 200 MW to around 400 MW. Since 2007 Crater Lake temperature has exceeded 40 °C a number of times, without leading to an eruption. However. the combination of the increased lake temperature, volcanic tremor and gas output have motivated the Alert Level change.

GNS Science and the National Geohazards Monitoring Centre continue to closely monitor Mt Ruapehu for further signs of activity. GeoNet monitors Mt Ruapehu via a network of seismic and acoustic sensors, GPS receivers, sensors in the lake and visits to the lake area and gas flights.

WeatherWatch.co.nz has a GeoNet webpage which shows latest media release from GeoNet, webcams and latest volcanic and seismic data.

You can view the GeoNet page here.