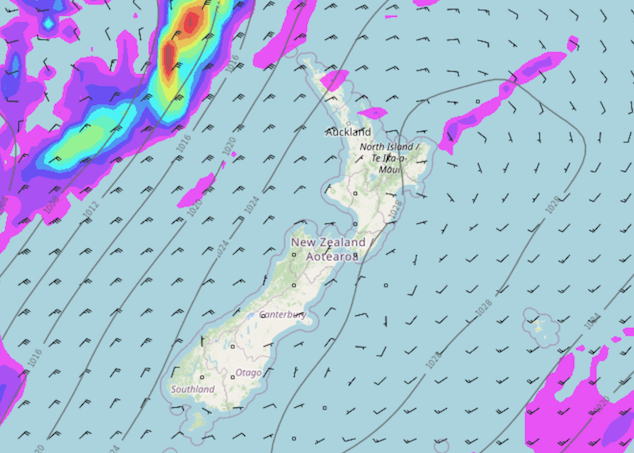 A large anticyclone lies over New Zealand on Monday although its centre will slowly slip away to the east letting in an increasing northeasterly airflow.

For Waikato and western Bay Of Plenty northwards expect cloudy areas, the odd brief shower at times especially in eastern areas. Winds from the northeast. The east coast has morning cloud then breaking to mostly sunny weather. The rest of the North Island has mostly sunny weather, a chance of morning fog about some inland spots with a frosty start, also expect a touch of high cloud to move in also.

Mostly sunny for the South Island after a frosty start, a few morning fog patches about inland areas. A touch of high cloud moves in from the west during the day also. Watch out for the chance of some coastal cloud also, mainly about the lower South Island then breaking in the afternoon. Winds from the east or northeast.

Max day time temperatures for tomorrow shown in the map below: