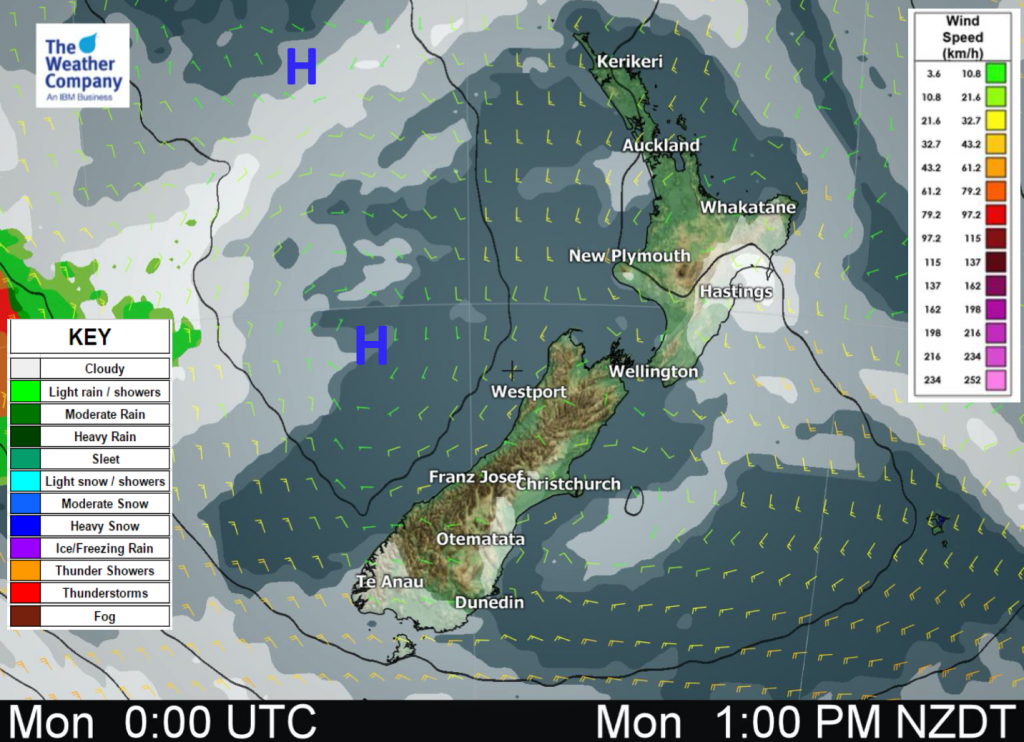 A large anticyclone in the Tasman Sea spreads over New Zealand today bringing mainly settled weather, not totally cloud free for all however.

Any morning cloud about Northland, Auckland, Waikato and Bay Of Plenty breaks to mostly sunny weather. Winds from the southwest for most, tending northerly in the afternoon for the Bay Of Plenty. Morning cloud for Taranaki down through to Wellington in the west breaks then becoming mostly sunny, south to southeasterly winds. Cloud breaks in the afternoon for Wairarapa. Becoming cloudy early in the morning for Hawkes Bay and Gisborne, chance of a light shower or two otherwise mainly dry, winds from the south or southeast.

Temperatures in the high teens or early twenties for most of the South Island, the warmest temperatures being about inland Buller / inland Central Otago.