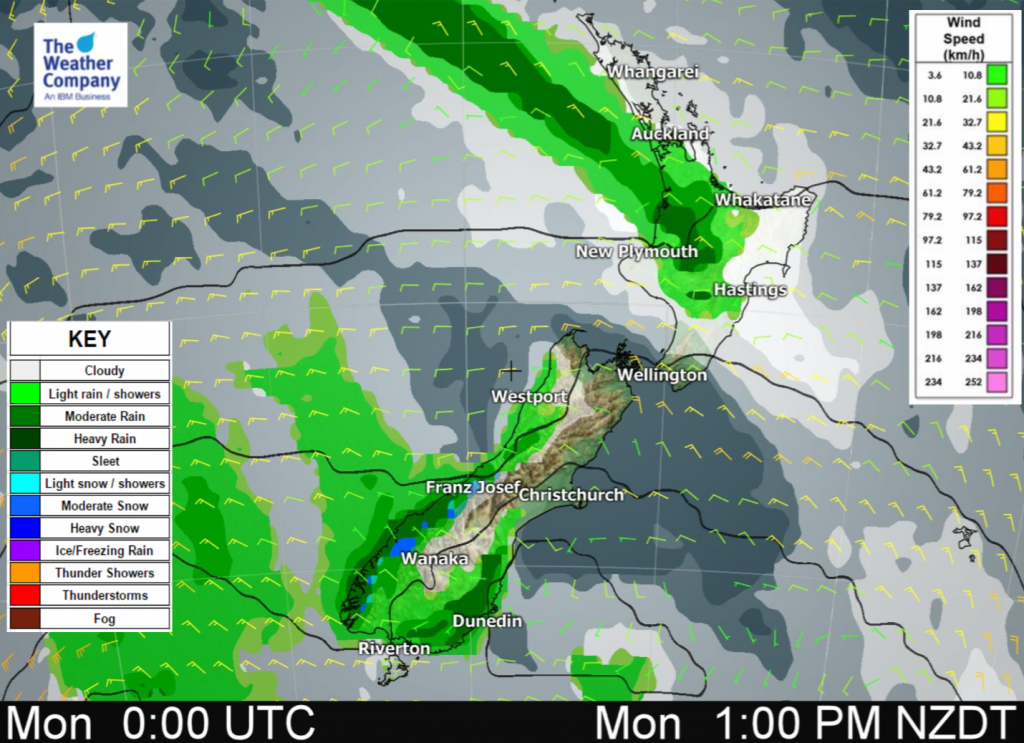 A front slowly pushes northwards over the North Island today bringing some patchy rain or showers to the west, mainly dry out east. Westerlies for the South Island.