Monday’s forecast: Windy, warm & wet for some, sunny, dry and hot for others (+10 Maps) 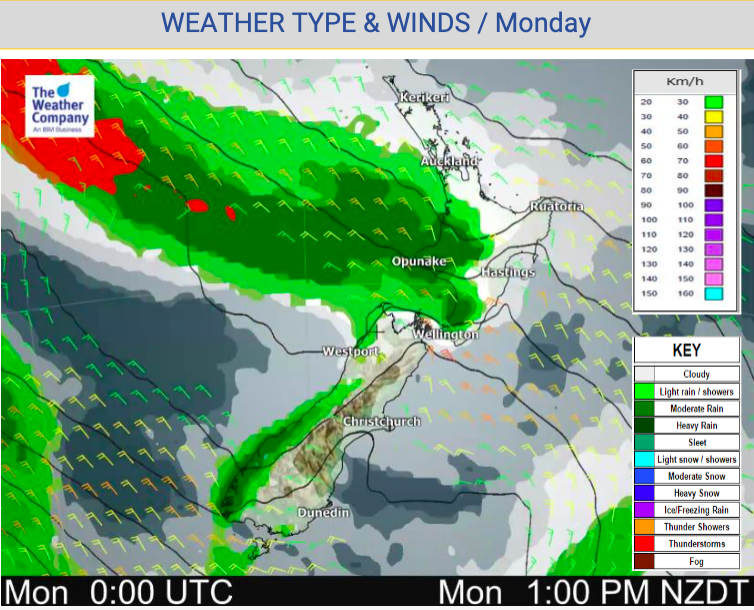 Summer weather is getting closer but today’s weather has a fair amount of variety from summer-like to spring-like.

For Monday we have three things happening:

We’ll see a big variety of weather across NZ today.

HEAT:
In the east of both islands, especially Canterbury, Marlborough, Hawke’s Bay and Gisborne, where above normal temperatures are forecast and highs may reach the 30s.

DRY:
The very north and north east of the North Island. The entire eastern South Island.

COOLER AIR:
Not colder than average, but about normal due to thick cloud cover and winds off the sea, so the central and south western side of the North Island won’t be overly warm by day (but will be mild at night).

WINDIEST:
The ‘spine of the nation’ – In a fairly straight line along the Southern Alps and up and along the eastern ranges of the North Island (from Wellington to Gisborne) will see gusts into gale force, maybe severe gale. This is along the ranges.

In more populated areas Wellington and Wairarapa will be windy as will parts of Manawatu, Hawke’s Bay, Taranaki and down into Southland and Otago.