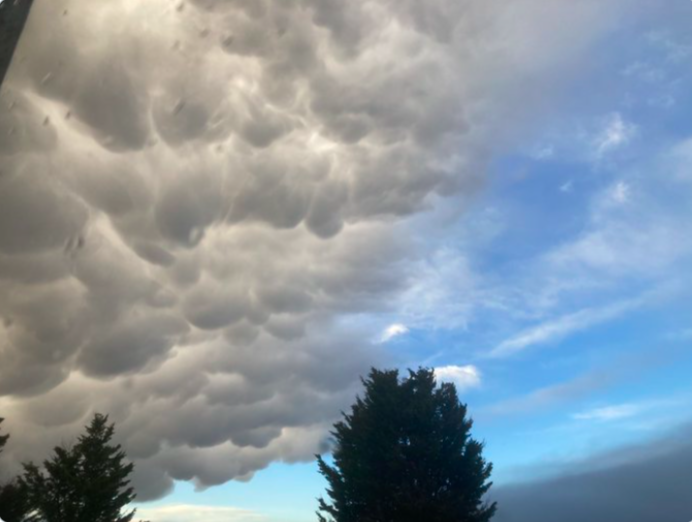 Parts of Dunedin are at just +2C as of the 1pm hour, as a biting cold and snowy polar southerly arrives. The blast of Antarctic air is being caused by a deep depression in the Southern Ocean and an incoming powerful high near Tasmania, with the main portion of cold air this afternoon moving into the lower half of the South Island and then moving into the upper half of the island tonight.

Southland and Otago have a number of places at +1C to +3C this hour, while a few remote locations are down to -1C. This is the air temperature, not windchill. The southerly windchill is even colder, with -4C on parts of Otago Peninsula and exposed areas in Dunedin (with an air temperature of +2C).

Invercargill as of 1pm had air temperatures between +3 and +5C with windchill as low as -3C at the airport.

Wind chill higher up on exposed farms could be down to -10C tonight.

Coldest air peaks in the deep south during Monday PM and into early Tuesday AM. Canterbury will gradually become colder going into this evening and Banks Peninsula looks most exposed to sub-zero windchill and snow flurries.

The North Island is still mild ahead of the cold change but temperatures will be dropping overnight and into Tuesday. A good example of how this change moves in is in Auckland. Tonight’s overnight minimum is +11C. Tuesday’s maximum temperature is also +11C. The peak of the cold air will arrive during Tuesday itself which is why the temperature doesn’t shift from overnight low to daytime high (although in some sheltered valleys/suburbs it may warm up a couple degrees higher than 11).

Central Plateau turns wintry overnight with snow flurries. It’s currently quite mild with double digit temperatures as of 1pm, but by Tuesday the high is +1C in Waiouru with snow. Central highways will be impacted.

The eastern North Island will be cloudiest, windiest and coldest as this change moves through – bringing rain showers to sea level and snow as far north as the Gisborne Ranges. Right now Gisborne and Hawke’s Bay are some of the warmest regions in NZ with temperatures in the late teens, in fact almost 20C in Gisborne this hour. Tomorrow Gisborne’s high is only 9C and may not reach the teens again until Friday.

Not only will eastern NZ be coldest and cloudiest, it will also have the most dangerous beach and marine conditions as very large swells from a deep low move through from the south, right up to East Cape.

Live Observations from thousands of NZ weather stations can be found here.