Mixing it up -The situation & outlook for Friday 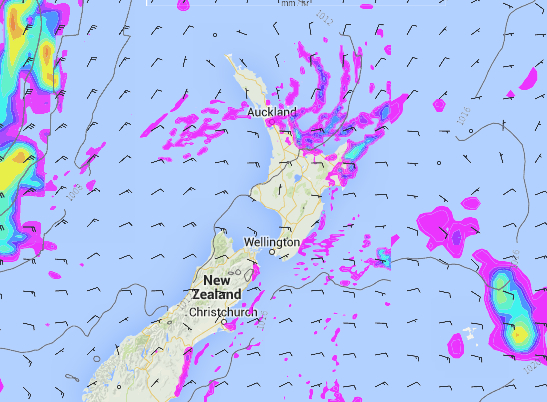 We have a low in the Tasman Sea brewing away, while an easterly airflow still covers NZ – so it’s looking pretty interesting heading into the weekend.

For the upper North Island, sunny areas and cloud will dominate, while winds blow from the east or northeast mostly. Despite the cloud, it should stay generally dry – although a brief shower or two may affect Northland for a time.

For the lower North Island, it’s shaping to be mostly cloudy in the east, with some drizzle possible in the morning and again in the evening.
A few sunny spells are possible in the afternoon, along with easterly winds.

Sunny areas and increasing high cloud will dominate out west with east to northeasterly breezes, and the odd spit of rain at times from midday – otherwise it’s looking mainly dry.
Later in the evening some showers will move in, which could persist in places.

Wellington sees morning cloud break to sunny areas by midday, pushed along by easterly winds.
Cloud thickens again in the late afternoon, then a few showers will move in later in the evening.

Nelson is looking good – sunny areas and thickening high cloud, while light winds will tend northeast by midday. Showers move in during the evening here too.

Mostly cloudy along the east coast, with drizzle both morning and evening, while those late evening showers may move into Marlborough, along with east to northeast winds.