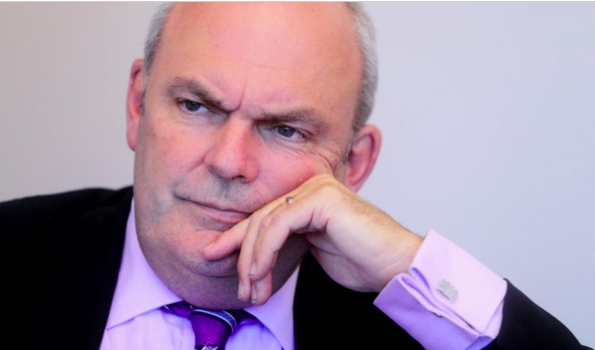 Our tax dollars fund public weather services â€“ but are we missing out because our forecasters have to make money? RACHEL THOMAS of the DOMINION POST investigates…

Should weather forecasters Niwa and MetService lift the veil on data?

It’s a core part of our daily news cycle â€“ it sometimes even makes the headlines.

Naturally then, the facts and figures behind what makes up our weather are precious.

Our taxes help to pay for these facts and figures, but our major weather forecasters â€“ MetService and Niwa â€“ only show us a certain amount of detail before they start asking for money.

That’s because they have to make money. The Government has told them so.

So if we’re paying, who owns the data these forecasters collect?

Both Niwa and MetService say they do.

Science and Innovation Minister Steven Joyce isn’t so sure, and has commissioned a report to see if a core level of observational data should be made available.

“We’ve got to consider the funding settings and who pays for what.”

He wants to know if open weather data in New Zealand is limited “because of the way we’ve set our system up”.

Firstly, it means there have to be restrictions on free data.

“If they just gave away their stuff to anybody they would be shooting themselves in the foot.”

Secondly, the two organisations, both trying to make a profit from a country of 4.5 million, “naturally started competing”.

“You have this mixed model where they are partly funded by the Government but you’re also required to make a profit.”

When it came to weather, Niwa was told to stick to long-term prognostication and MetService to concentrate on short-term forecasting.

Despite that, Niwa launched its Niwa Weather app more than three years ago “as part of our outreach activities arising from our climate and hazards research,” spokeswoman Susan Pepperell says.

About the same time, MetService began producing a monthly outlook, including for rural areas, putting it in direct competition with Niwa over its rural forecasting efforts.

Renwick has insight into both these organisations. He was a MetService forecaster and research meteorologist for 13 years before shifting to Niwa in 1992 as a climate researcher, where he stayed for 20 years.

Renwick recalls when the organisations were created and says there was an expectation Niwa and MetService would collaborate.

“That was a bit naive really.

“There’s a lot of things about this work that could be more efficient.”

MetService has to be “socially responsible” and turn a profit but, in doing so, can pick and chose what data is made publicly available, MetService spokeswoman Jacqui Bridges says.

“It comes down to a judgement call about what should reasonably be provided to the public versus the potential commercial value.”

Pepperell says for Niwa, in cases where the costs of data collection, quality control, storage and distribution are high, it will charge.

“This is typically for businesses seeking the data to be repackaged and supplied for a particular purpose.”

Renwick would prefer Government funding cover all the observational costs, “then no one would have a problem with releasing it [freely] as meeting those costs would have already been accounted for”.

WHY FREE UP THE DATA?

Encouraging innovation in the meteorological forecasting sector is a priority, Joyce says. If data can help this process then there may be justification to distribute this information more openly.

He says the Government should encourage private businesses in the sector.

“You get smaller, newer providers with different innovation.”

Independent Canterbury forecaster Tony Trewinnard of Blue Skies says many people check weather forecasts on their smartphone now, so he “can’t see a lot of benefit” to the public in distributing short-term weather data any wider.

However, when long-term forecasters Niwa are “gatekeepers of that data, that’s when it’s wrong”.

“That’s overly restrictive because it stops the development of products that could make a difference to our economy.”

“What exists in New Zealand doesn’t exist anywhere else on the planet.”

He feels lifting the veil would allow more innovators to enter the market and develop valuable new insights.

“What scientists could do with this data is way beyond what I could comprehend. [There are] things the next generation could dream up which don’t exist because we want Niwa and MetService bosses to make money.”

Joyce says the review and report will look at what happens internationally.

SO WHAT ABOUT THE OVERLAP?

When asked whether the report will address any overlap between the organisations, Joyce says: “That’s not the primary focus.”

The minister is quick to shut down questions on the issue.

“There will always be a bit of overlap. What I’m more concerned about is to ensure there’s opportunity for other players to have the opportunity to compete and provide innovative weather products.

“I don’t want to spend too much time debating whether Niwa and MetService are far enough apart from each other.”

The report will be carried out by an independent party, which has yet to be decided.

Hopefully the independent party will NOT have narrow terms of reference!

Am I correct that the computer churning out the raw data is Govt owned?  Surely they can let you link to that!

Doesn’t sound too hopeful that they will share the raw data. Hope I am wrong!

However, Weatherwatch.co.nz will continue to shine as the most accurate Auckland forecaster regardless!