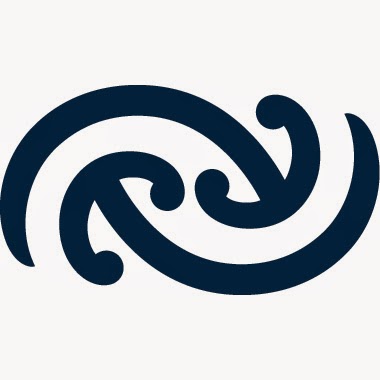 UPDATED — In a revealing message posted on MetService’s Facebook page Tuesday night the State Owned forecaster has suggested giving weather data back to the public is dangerous, despite it being standard practice in Australia, the USA and Canada – and supported by our own Civil Defence.

MetService Tuesday confirmed to WeatherWatch.co.nz that we couldn’t access live, or even hourly public weather observations (which have little to no commercial value to WW but are a strong interest point to the public) due to commerical reasons – put another way, unless we and others pay substantially for it.  MetService last year made double record profits and are New Zealand’s tax payer owned forecaster.  MetService told WeatherWatch.co.nz the only free observations we could get from the NZ Govt/MetService would be three hour old data, which is basically pointless in our view.

They are yet to reply to us to confirm how much it would cost, but in 2011 they lifted the price of us reporting the daily highs (which has little to no commercial value to us, but interest to many of you) from $1200 a year (which they called just an ‘admin fee’) to $28,000 a year – so we cancelled the service obviously, as this is free in most western countries.

However their response to comments from the public last night suggests they look down at the private weather sector, along with pilots, farmers, growers and many other people and sectors who want to access and use this most basic weather data.

The reply said MetService forecasts “prepared by our skilled and dedicated meteorologists are a lot more help to New Zealanders than throwing data out into the world without thought for who might use it and how”.

This goes against free data policy that Civil Defence supports. It also goes against every western nation post the year 2000 as the internet age came in and free weather data became standard, as it: A) generated more tax revenue for governments as other businesses used the data and sold it, and B) helped the public better understand severe weather risks.

WeatherWatch.co.nz is asking the public to support our campaign to finally free up public weather data by letting us know if they’ve had prices jacked up, or basic data simply too expensive to purchase.

Both Weather.com and CNN in the USA have also told WeatherWatch.co.nz in the past year that data from MetService/NZ Govt is so ‘incredibly expensive’ it is the reason they won’t buy data here.

We support MetService’s right to make a strong healthy profit, but as a government owned organisation we believe they have a responsiblity to free public data up as we see with GeoNet, or overseas with government weather forecasters such as the ones in Australia, the USA and Canada.

MetService receives millions of dollars in funding to forecast warnings and marine to the NZ public – however they won’t break down in black and white for the public exactly where the public funding goes and if it is used for their commercial forecasts or commercial projects to compete fiercly against private forecasters and other small businesses who need public weather data.

We want to work alongside MetService/NIWA but not while it’s a one way street that appears to place their own profits well before the general good of the public.

Met service in NZ does a fine job of providing very simple information to the public. However, it does not provide a comprehensive set of fundamental data that many desire, and what it does provide is stale. It is also terribly spotty, which is a major issue in this land of microclimates, and is a serious safety issue on the coasts. Realistically, given the ease and price of current technologies, how hard or expensive would it be to expand the system so that most airports and towns and harbours were reporting in real time? They could even open the system up and allow citizens to report data manually or automatically and combine it with weather cams. It’s being done all over the world, why not here?

It is mind boggling that met service refuses to make real time data available to all, for whatever reasons. It is a reflection of an elitist, two tier, society. For example, private pilots – representing the wealthy- can access imformation that the public cannot. It is obscene and is mirrored by the direction that health care is going in NZ- those with money have access to tax payer subsidised infrastructures in a more timely manner than the rest of the population. These are all examples of why public services should NOT be run like businesses – it becomes inherently biased toward serving the rich, not the masses.

Kiwis may not know how good they have it, but as far as tax subsidised weather products go, they seem to have no idea how badly they have it either.

As a “Joe Public” what do I need to know from a weather forecaster?
1. When is it going to rain so I can plan picnic times? Soggy kids are no fun.
2. Is the wind going to blow off my toupee? Avoids embarrassment.
3. Is Wellington Airport going to close with fog? I’ll fly next day.
4. How is the weather at Whakapapa? Perhaps I’ll go break a leg at Cardrona instead?
Where can I get this information? On the Metservice web site of course for free!

As a big weather fan, and frequent visitor to NZ, I would go a bit further and say that it seems archaic to me that the weather service is unable to provide live radar imagery to the public.

I’ve always assumed that the metservice simply did not have the required technology, but after reading this I’m not so sure

PS. I read the refutation of this article on their blog, and it seems like a bunch of government mumble-jumble–trying to server two masters (the public and the commercial) at the same time never works well, does it? If the public got the same data as the commercial, then what would be the point of the for-fee service?

I think the last guest’s comments “I think NZ deserves a decent public govt.-funded weather service” is right on the money. We already have one, Metservice is it.
Live radar imagery? How live do you need? Every few minutes sounds good to me. I use it regularly to avoid rain or to realise I really do need to take my golfing umbrella or even my storm suit with me. Updated every minute or second intead of 7.5 minutes would make absolutely no practical difference to me. Perhaps “Guest” needs an attitude assessment more than a weather forecast.

…radar imagry cannot be provided any faster or more regularly thatn 7.5mins. It takes the weather radar’s 7.5mins to perform one whole scan, which is then processed into the image you see online. Any faster, and you’d get part-images rather than whole ones.

Sounds a bit arrogant as per our present government’s attitude to many things that affect the public. Maybe a change of government will be better in this situation as it may bring a different thought pattern.

Good luck with any methods to try and bring this to the publics attention but it seems that Joe Public has lost interest in politics due to recent relevations.