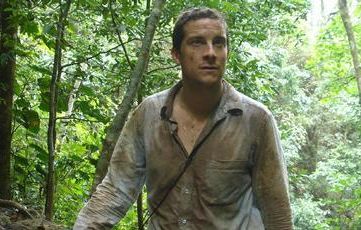 The extreme adventurer was climbing the Southern Alps, working his way over to the West Coast, when he talked about extreme weather conditions in the South Island.

Last year the production company in England contacted WeatherWatch.co.nz for information on the South Island’s extreme weather and this information was used throughout the hour long show last night.

Grylls spoke about the extreme South Island temperature changes, the intense rainfall in Fiordland – which makes it one of the wettest places on earth – and the shadow effect of the Southern Alps that see very dry conditions just east of the mountains.  He also repeatedly spoke of the heavy rain and flash flooding which can occur on the West Coast.

WeatherWatch.co.nz weather analyst Philip Duncan says Grylls clearly loved his time in New Zealand.  “I’ve always been a fan of Man vs Wild and it was great to see New Zealand promoted to the world in such a dramatic yet positive way.  Bear Grylls mentioned a number of times how breathtaking the landscape was and how the challenge of the West Coast was one of the physically toughest tests he’d had”.

Grylls described New Zealand as “one of the most beautiful and toughest environments on the planet” and said the landscape was “unbelievable”.

He caught, killed and ate a possum, huhu grubs – which he described as being like “snot” – and cabbage trees, which tasted like, well, cabbage.

The episode was filmed in February 2011 and during one scene, while crossing a river using an old mining cable, the February 22nd earthquake hit Christchurch.  However Grylls never felt it – and it was never mentioned in the episode.

However his crew on the banks of the river felt it, telling the host “the whole ground started shaking” Grylls told CNN last year.

Check your SKY TV guide for details on repeat screenings of the episode.

This was a great show… I enjoyed watching it.