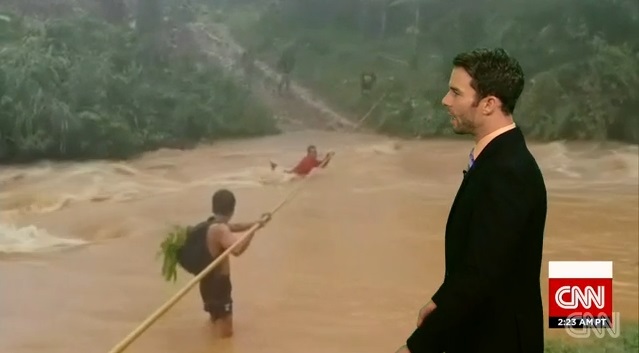 Even by Malaysian standards, this flooding is epic.

Neighborhoods turned into islands surrounded by a sea of murky brown water. Streets doubling as rivers. Cars swept away and toppled over.

“Clean water supply too cannot be delivered, and flood victims at the temporary relief centers had to endure darkness without electric supply,” he said, according to Bernama.

The flooding ravaging Malaysia started more than a week ago. While the region is accustomed to monsoons, the “northeast monsoon” that has gripped Malaysia, Indonesia and southern Thailand is particularly harsh.

And it’s going to get worse. Another 100 millimeters (4 inches) of rain could fall over the next two days near the Malaysia-Thailand border, he said.

“That leaves open all kinds of possibilities — more flooding, and the possibility of landslides and mudslides,” Van Dam said.

Across the Bay of Bengal, Sri Lanka has been hit hard, too.

Kandy, in the center of the island nation, received more than twice the average monthly rainfall in just the past eight days, Van Dam said.