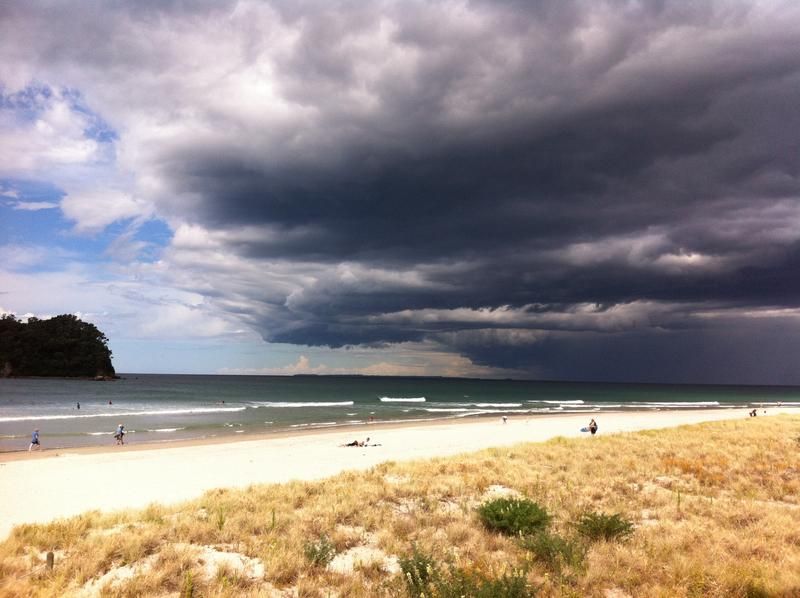 Low pressure systems from all corners are trying to push in across New Zealand at the moment and the forecast for the final week of January looks no different.

WeatherWatch.co.nz forecasters say several low pressure systems within just a couple of weeks are trying to push in to New Zealand.  “The tropics are fired up, the Southern Ocean is active and we’re seeing lows also forming in the Tasman Sea and some very big storms south east of the country” says head weather analyst Philip Duncan.

Despite these lows trying to push in high pressure systems appear be mostly winning the battle, by either guiding the lows mostly around us or by removing a lot of their energy.

On Thursday a low in the Southern Ocean will fall apart as it pushes into the South Island, unleashing more windy energy as this low unravels.

A few days later and another small but aggressive low will push in towards New Zealand but a high in the north may well weaken this system.  Also early next week another tropical low may be trying to push down – again, high pressure should win out.

Many farmers and those relying on rain water told WeatherWatch.co.nz that ex-cyclone June failed to deliever enough rain, while roughly a third of the people we’ve spoken to are very happy with the top up.

February’s weather is expected to start of drier and hotter for many areas thanks to a very large high rolling in from the west.

With a big high pressure

We are going to “takapuna beach sun and sound”

the endless wind in waipukurau.  We get one day off and then it starts up again full force.

Hi guys.  It’s been a number of years since we’ve had a January with so many low temperatures strung together.  What do you think the odds are of getting a ‘Coldest January Since …..’ type of headline in a few weeks?

In Nelson we’re seeing SW’ers with 18-22 degrees.  Usually in January these would be in the 23-28 range.  NZ wides highs of 30 are the exception and media are calling 25 degree days in Otago ‘baking’.

I don’t necessarily think it’s global warming or the end of the world but it sure is unsetled and cool.  More November or March.

Hi Andrew,
I think you might be right about some areas having a cold January – especially parts of Southland and Otago which have had some absolutely miserable highs this month. In your area it hasn’t been as cold, but you’re right when comparing it to your averages.

If Rupert Wood is reading this comment he might like to comment further – as he is an expect at weather stats in the central part of NZ and often knows things that we don’t about current trends!

Heading up to Mangawhai either next monday for a week off or the following one – weather wise which do you think will be the best? The met service has rain every day next week where as you guys have sunny Mon/Tues

Not sure about the following Monday exactly, but this Monday we are currently seeing a few morning showers then clearing with sunny spells in the afternoon. Southwesterly breezes.

Tuesday, this could go either way. Currently it looks like breezy south to southwesterly winds and it should be mostly sunny. However a trough offshore to the east could make an impact in terms of cloud and the odd light shower, at this stage the anticyclone in the Tasman seems to have enough of a presence to keep it away but I’d make note that it could be a cloudy day too with the chance of a light shower etc.

Wednesday looks mainly sunny with southerlies, so does Thursday. Friday and Saturday, mostly sunny with light winds and sea breezes.

Beyond these dates we are starting to get into hebejeebie territory, there is a hint at a tropical low next Monday and Tuesday so that could spoil the fun perhaps if you went then? Is a while away though so may well not happen.