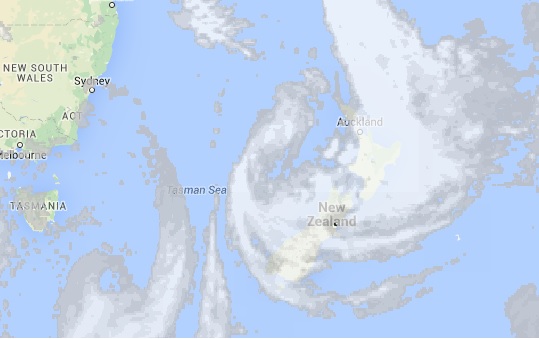 Thursday will see a broad low pressure system moving over the South Island, while a west to northwest airflow dominates the North Island’s weather.

Morning showers about Northland and Auckland will clear, becoming sunny for the rest of the day, with gentle northwesterly winds – a far cry from today’s fireworks!

For regions further south expect occasional showers, which clear late afternoon or evening, then the cloud will break away and leave northwesterlies.

The east coast is mostly sunny after any morning cloud clears, and those northwesterlies will stick around here too.

The West Coast will be mix of morning sunny spells and light winds, with only isolated afternoon showers possible inland, about the ranges.

For much of the east coast, expect periods of cloud and the odd sunny spells, a few showers about for most – mainly in the afternoon and early evening.

Light southerly winds in the east about Otago in the morning, then further north afternoon / evening.

Southland has light southerlies with periods of cloud, and the the odd shower possible.