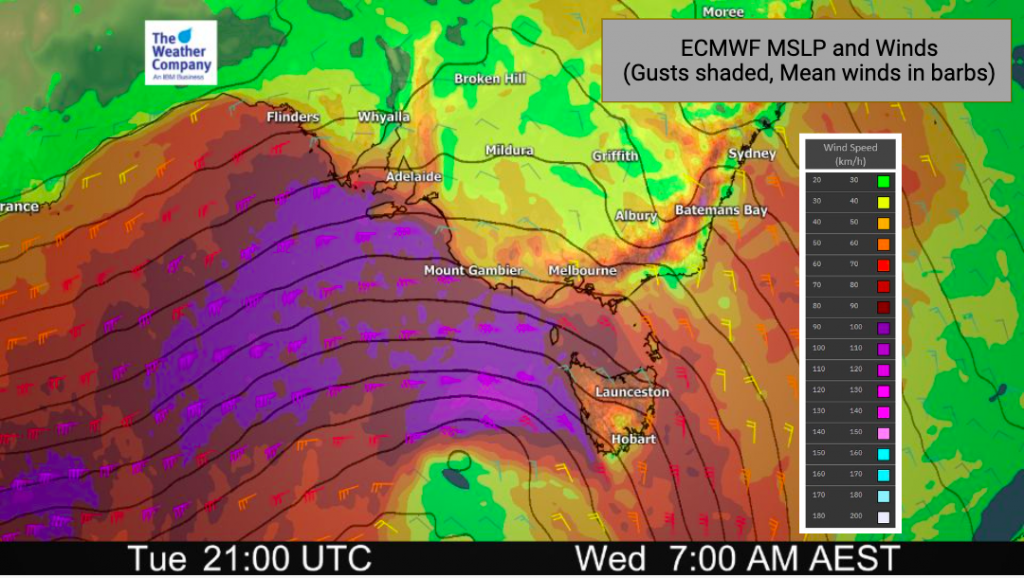 Week after week of gale force winds are dominating Australia’s south coast from WA to VIC and TAS thanks to huge storms in the Southern Ocean.

Storms in the Southern Ocean usually peak in size as we go into August so this is normal weather – but what is abnormal is how consistent these storms have been bringing gales into the entire southern coastline of Australia for week after week.

Next week it does show some signs of easing, but between now and then gales – and even hurricane force winds out at sea – will brush the southern side of Aussie.

The low pressure area is by far the largest and most aggressive low pressure zone on the planet at the moment and covers an area greater than the size of Australia itself.

This large stormy zone is producing milder westerlies and northerlies for New Zealand – but also lifting rainfall totals up in the west.