Japan – One island eats another 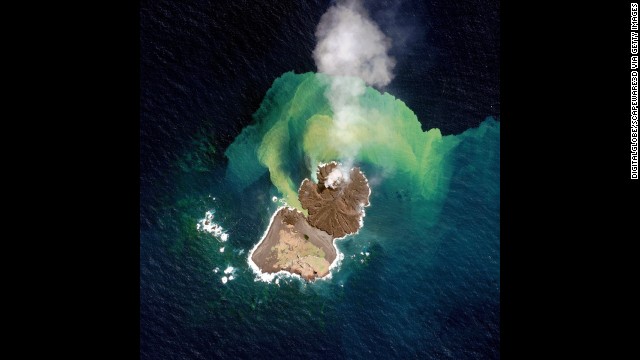 NASA’s Earth Observatory reports that Niijima island, a volcano which broke through the ocean’s surface last November, has now merged with a nearby island that formed from a volcano which last erupted 40 years ago.

Niijima emerged about 500 meters (550 yards) from the older Nishinoshima in November. Now, according to observations taken at the end of March, they are one, measuring about a kilometer (six-tenths of a mile) across. And at its highest point, the new island is 60 meters (almost 200 feet) above sea level. That’s triple the highest point observed in December, according to the NASA report.

At its size in December, the new island was expected to last several years, according to Japanese scientists. Because it has continued to grow, it could last much longer. 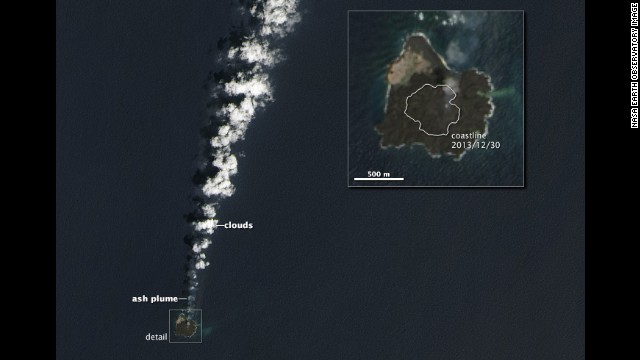 “A lot of it depends on how fast it erodes,” Ken Rubin, a University of Hawaii at Manoa professor and expert in deep submarine volcanism, told CNN after the island broke the surface last year. “Until it shuts off, it’s too soon to tell.”

The island sits on the Pacific “Ring of Fire,” which stretches from the coast of Chile north to Alaska and Siberia and then south to New Zealand.

The newly merged island is about 1,000 kilometers (600 miles) south of Tokyo in the Ogasawara Islands, also known as the Bonin Islands.