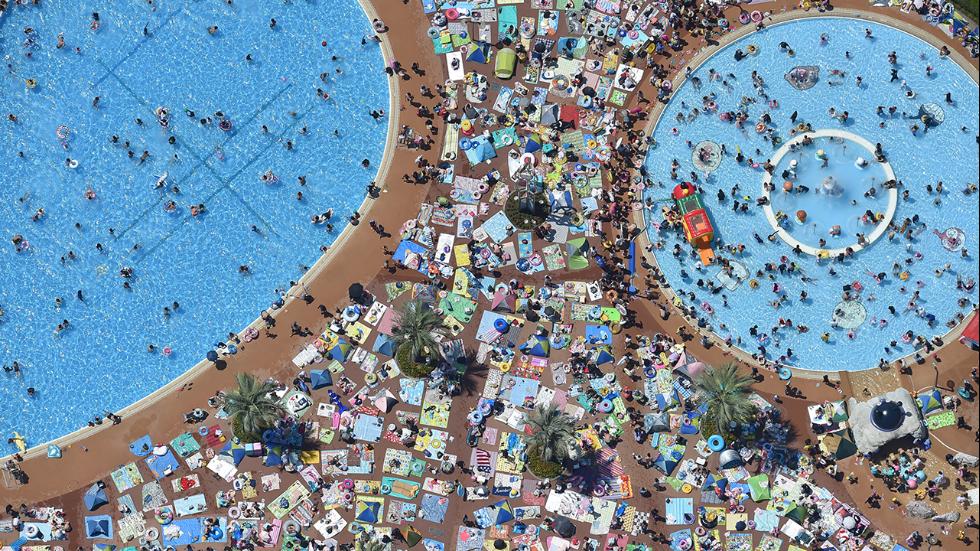 At least 16 people died and more than 8,000 have been hospitalized in the last week across Japan during a heat wave that has gripped the country for several weeks, officials said.

More than 2,000 of those hospitalizations and at least two deaths occurred on Saturday and Sunday alone, according to NHK reports. One of the victims was an elderly woman who succumbed to the heat in her home in Funabashi, Chiba Prefecture, Sunday, NHK reports.

Temperatures soared as high as 99 degrees in Isesaki City, located about 60 miles north of Tokyo on Saturday. On Sunday it only got worse, with Tatebayashi, Gunma Prefecture, hitting 101.8ÂºF and breaking an all-time July low-temperature record, only bottoming out at 81.3ÂºF, according to weather.com senior meteorologist Nick Wiltgen.

The heat wave has gripped the country for weeks. Tatebayashi, in central Honshu’s Gunma Prefecture, topped out at 100.8 degrees Fahrenheit on Wednesday, said weather.com meteorologist Jon Erdman. It was the hottest location in Japan for that day.

Last week was particularly hot in many locations. Takada topped out at 101.3 degrees, Tokyo reached 93.7 degrees, and temperatures in Kobe climbed to 96.8 degrees, Erdman said.

The Japan Meteorological Agency said three locations in northern Japan with weather data as far back as 1976 set all-time record highs Wednesday. Two were in Iwate Prefecture and one in Yamagata Prefecture, and all three reported highs between 97 and 99 degrees Fahrenheit. Weather.com senior meteorologist Nick Wiltgen said average high temperatures in July are in the lower 80s in this region.

The number of people hospitalized for heat-related illnesses doubled from the previous week, when Japan Today reported that 3,058 people were admitted to hospitals.

An FDMA report said that 578 of those sent to hospitals last week were in Tokyo, and many of those sickened are at least 65 years old.

In all, 27 people have died and more than 17,000 have been hospitalized due to heat-related causes this year in Japan. The FDMA said heat-related emergency transports to hospitals since mid-May are up by about 17 percent compared to last year.