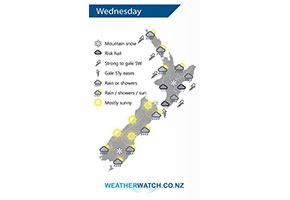 Heavy rain or showers for most North Island regions on Wednesday morning, hail possible also. Conditions easing in the west from afternoon then along the east coast in the evening. Expect strong to gale southwesterly winds for some coastal areas especially Northland and Auckland then easing by evening. Some snow about hills and ranges of the lower North Island down to 500m.

A sunny day for the West Coast of the South Island and Nelson, early heavy showers and snow to 500m about Marlborough clears then afternoon sun breaks through. Heavy rain or showers about Canterbury with a risk of hail then easing, clearing South Canterbury in the morning then further north in the afternoon. Some snow about Canterbury to 300m before clearing. Morning showers and snow flurries to 300m about Southland and Otago clear then sun breaks through, later in the evening or overnight rain moves in with a gusty SW change. 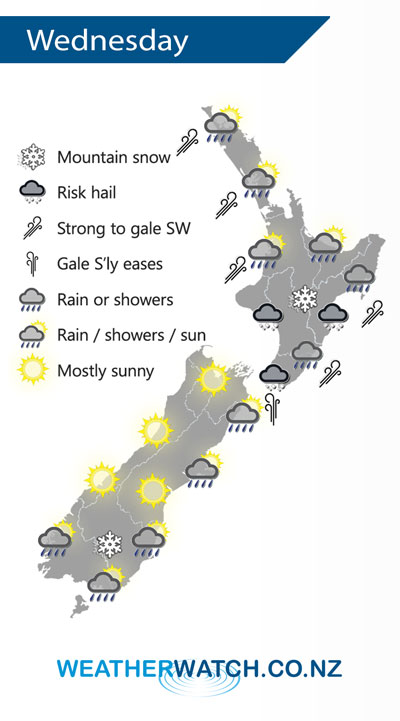