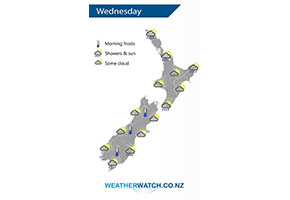 A moderate southwesterly airflow covers the country on Wednesday.

A few morning showers north of Auckland then expect afternoon sunny spells, a mix of sun and cloud for Auckland and the Waikato. The Bay Of Plenty has a mostly sunny day. Mostly sunny along the east coast at first, a few light showers develop about the Wairarapa in the morning as winds tend southerly. Southerlies push into Hawkes Bay and Gisborne in the afternoon bringing some cloud and the risk of a shower. A mix of sun and cloud for the lower western North Island.

Mostly sunny about Nelson and Marlborough, some afternoon cloud. Canterbury has some morning cloud and the low risk of a shower then sunny areas develop from afternoon with southwesterly winds. Morning cloud may bring a shower along the West Coast then sun breaks through. Chance of a morning spit or shower about Southland and Otago (mainly coastal Otago) then sun breaks through, west to southwesterly winds. 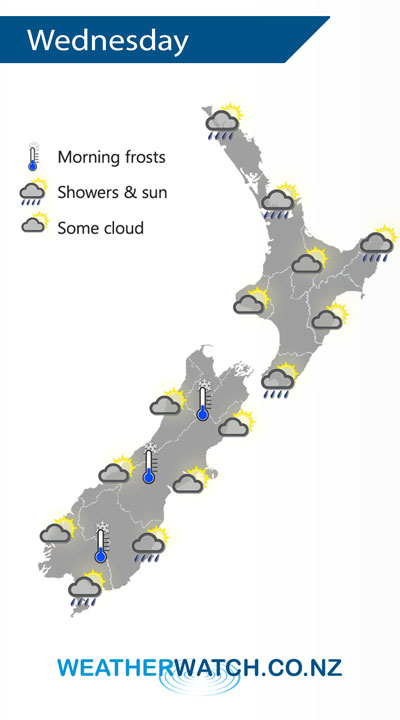